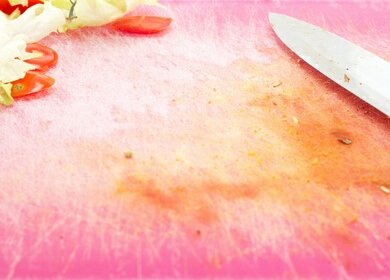 Are you confused about which kind of cutting board is safest? With common outbreaks of foodborne illness, food safety experts have all eyes on the kitchen and primarily on counters and cutting boards, where these bacteria seem to spread.

Obviously, we all want to do what we can to limit the spread of nasty bacteria in the kitchen, but is wiping down your cutting board enough, and does the actual type of cutting board really matter? Here is what we found out.

Is a Wood Cutting Board the Best?

Wood has always been thought of as a safe cutting surface. However, with the introduction of other surfaces such as glass and plastic, some research was in order to determine which was best.

In one study, the same amounts of e-coli and salmonella were applied to both wooden and plastic cutting surfaces. The bacteria were allowed to sit on the cutting boards for a period of time. It was then tested for safety.

It was discovered that the bacteria thrived and multiplied on the plastic surface. On the wood cutting board, the same bacteria disappeared after they were applied. When both boards were cleaned with hot and soapy water, the bacteria on each type of board were killed.

The results of this study indicated that wood may actually hold some intrinsic antibacterial properties of its own that allows the bacteria to die on contact. Or was the bacteria actually just hiding?

After another round of studies, it was discovered that the bacteria on the wooden board, that was once thought to have disappeared, had actually hid inside the wood where it could easily pop back up and contaminate food.

After this discovery, it was concluded that plastic was indeed the safest surface, as soapy water washed away bacteria and no bacteria was absorbed by the cutting board itself.

When it was determined that studies were being conducted on cutting boards that were new, not used, another round of studies began. With cutting boards that had been used for some time, the wood still showed a disappearance of bacteria on application, as it retreated deep within the grooves of the board.

When a used plastic board was tested, the cuts in the board made it very hard to thoroughly clean, and so its surface held onto bacteria even when cleaned with soapy water. 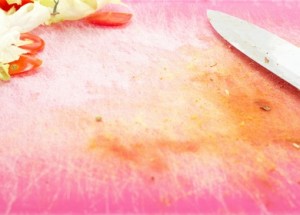 Know When to Replace Your Board: For instance, if you use plastic, get rid of it as soon as you see deep knife scoring. Wooden boards last quite some time but should be replaced when grooves also get deep.

Two Cutting Surfaces: It is a good idea to cut vegetables on one cutting surface and meats on another. Health experts suggest that this goes a long way towards keeping bacteria from spreading.

Cleaning Solution: To keep cutting boards clean, use a solution of one part white vinegar to four parts water. Let the solution sit on the cutting board for a few minutes and remove it with soapy water.