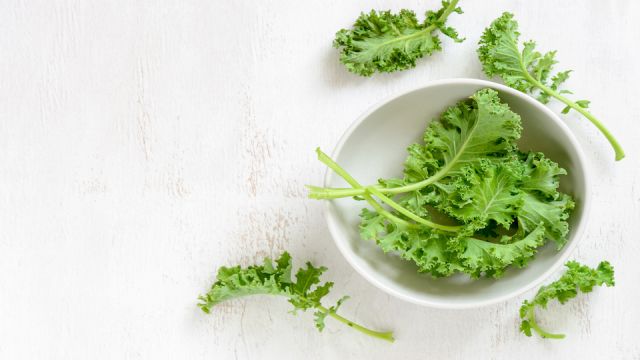 Kale is truly the king of the green superfoods. It is loaded with therapeutic properties which makes its medicinal value huge. However, there is one thing that you should never, ever do with kale. That is, eat this nutritious veggie raw. Here’s why.

Kale is in the cruciferous vegetable family along with cauliflower, broccoli, and cabbage. Loaded with health-promoting benefits, these veggies also have a sinister side. When eaten raw, they can wreak havoc inside your body, undermining their benefits.

Cruciferous vegetables contain progoitrin, a compound that can disrupt thyroid hormone synthesis, and thiocyanate ions, which push out iodine necessary for healthy thyroid functioning. Consuming a large amount of raw kale or other cruciferous veggies can cause hormone problems that cause issues with blood sugar, weight, and metabolism.

However, no need to toss kale to the side, instead, embrace it in limited amounts in its raw form and eat a ton cooked to reap all of these amazing health benefits:

Kale is nutrient-dense and low calorie

Kale is one of the most nutrient-dense foods on earth, and a huge bonus is that it is also very low in calories. One cup of kale has just 33 calories and contains the following vitamins and nutrients:

Kale, like other greens, is loaded with health-promoting antioxidants, including vitamin C as well as flavonoids and polyphenols. Antioxidants are known to cause accelerated aging and even play a role is serious conditions such as cancer.

Kale is one of the best sources of vitamin K1

Vitamin K1 activates proteins and empowers them to bind to calcium which is essential for blood clotting. One cup of kale ( raw) contains about seven times the daily recommended value of this type of vitamin K.

Kale contains some compounds that have found to contain elements that protect against cancer. One such compound is sulforaphane which has been shown in studies to fight the formation of cancer at the molecular level. In addition, kale also contains indole-3-carbinol, which has also been found to prevent cancer.

Kale is loaded with beta-carotene

Kale is rich in beta-carotene, a powerful antioxidant that the body converts to vitamin A.  Eating plenty of kale can help your body increase its supply of vitamin A which is necessary for healthy immune function, as well as the function of the heart, lungs, and kidneys.

Kale can help protect the eyes

As we age, our eyesight tends to get a little less sharp. However, consuming certain nutrients including lutein and zeaxanthin can help to keep your eyesight as keen as possible. These carotenoid antioxidants are found in gracious amounts in kale. Studies show that people who eat enough food containing these antioxidants have less risk of macular degeneration and cataracts.

Kale can help you lose weight

Although kale is slim on calories, it is big on bulk. It has a high water content that can help in weight loss according to a number of studies. In addition, kale contains some protein and fiber which are valuable nutrients to help with weight loss.

Vitamin C is water soluble vitamin that is necessary for a number of bodily processes at the cellular level. One example is that synthesis of collagen, the richest structural protein in the body. Kale contains more vitamin C than many other veggies. In fact, it contains almost five times as much as spinach and more C than a whole orange.

How to Eat More Kale

Here are some fresh ideas to get more kale into your diet.