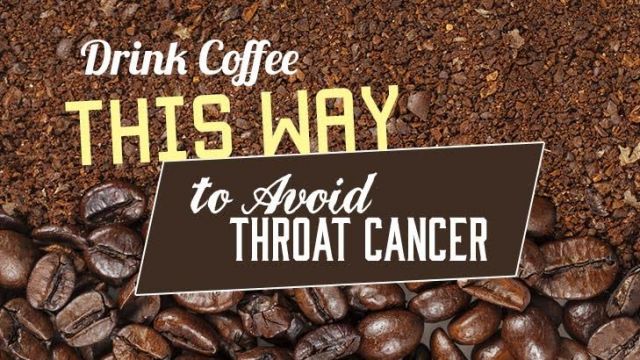 Say it isn’t so! That hot steamy morning beverage we enjoy so much could be causing cancer? As it turns out, not coffee per se, but the temperature of your morning cup could have a significant impact on your health.

The link between hot drinks and cancer

A review published by the International Agency for Research on Cancer recently classified drinking very hot beverages as “probably carcinogenic to humans,” raising the risk of cancer.

The findings were based on evidence from studies that showed a link between hot beverages and cancer of the esophagus. A group of scientists analyzed data on the carcinogenicity of a range of beverages, including coffee, tea and mate — a popular steeped South American brew high in caffeine.

What they found was that esophageal cancer seemed to be higher in countries that drank very hot beverages at temperatures of 70 °C (158 °F) because temperatures this high can cause significant scald burns in the esophagus. In fact, a previous study published in 2009 mirrored these same findings. This now places hot beverages in the same category at smoking and alcohol drinking, major causes of esophageal cancer.

Less common in the United States

In 2012, esophageal cancer killed approximately 400,000 people worldwide and was responsible for about 5% of all cancer deaths.

Esophageal cancer commonly strikes in the lower portion of the esophagus. It’s not as common in the United States and seems to be prevalent in Asia and parts of Africa. Additionally, more men than women seem to get it.

Drink your coffee this way

Twenty-five years after claiming that one of the most popular beverages in the world was “possibly carcinogenic to humans,” the World Health Organization’s cancer agency now has downgraded the cancer risk. An exhaustive review found no conclusive evidence of a carcinogenic effect just from drinking coffee — and that’s a big thumbs up. Unless of course your coffee is really hot — and that’s a big thumbs down.

But you don’t have to give up your coffee, or any other hot beverage for that matter. Simply allow it to cool before consuming, to avoid scalding the esophagus and damaging cells.

Starbucks brews its coffee to around of 145 to 165 degrees F, according to Business Insider. (Water boils at 212 degrees F.) So while your Starbucks coffee may not seem that hot by the time you get it, in light of the this new information it’s probably for the best.

Remember, all good things come to those who wait, so sit back, relax and let your coffee cool before drinking.