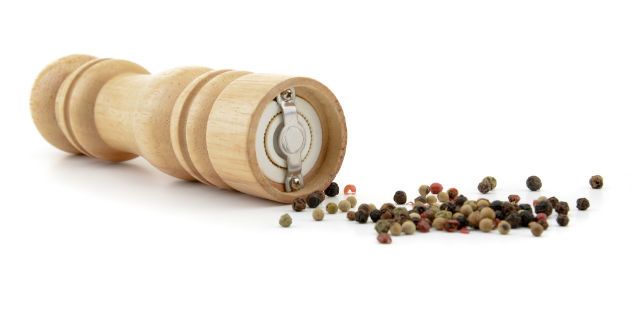 Turmeric is an herb, also known as Curcuma longa, that is a member of the ginger family which has been used throughout India and the Orient for thousands of years. The astonishing health benefits of this golden spice have not gone unrecognized by scientists. There is one thing, however, that you must always eat with turmeric in order to capitalize on its therapeutic properties. Historical records note that ancient Polynesians took turmeric with them when they sailed across the Pacific Ocean to Hawaii where the spice is still used today and known as Olena.

In India, this golden spice has long been called “holy powder,” and is used extensively to treat infections, wounds and a myriad of other health problems. Once thought of as only a folktale, modern research is now confirming what the people of India and many parts of Asia have known for thousands of years, turmeric is a spice you don’t want to pass up.

An antioxidant powerhouse with anticancer properties

Scientists are finding an astonishing array of antioxidant, anticancer, antiviral and antibiotic properties. As an immune system booster, turmeric is 5 to 8 times stronger than vitamin C and E.

Studies show that curcumin, the principal curcuminoid of turmeric, inserts itself into cell membranes where it does a little house-cleaning and reorganizing, adding vibrancy to the cell itself. Suddenly a disorganized cell becomes organized, allowing information to flow through it so it can function more effectively. The result of this action increases the cell’s resistance to infection and malignancy which can keep a number of serious conditions at bay including:

Curcumin is probably best known for its strong anti-inflammatory properties. Inflammation is a normal and beneficial process that occurs when white blood cells and chemicals in the body join up to protect you from foreign invaders such as bacteria and viruses. Some level of inflammation is good and required for health. The challenge for many people is chronic inflammation, typically as a result of an inflammatory diet and lifestyle.

There are a number of supplement forms of turmeric widely available, however, high doses are needed in order to achieve all of the health benefits, mostly due to the fact that curcumin is not absorbed particularly well. When we consume curcumin, most is metabolized before it is absorbed.

However, combining black pepper with curcumin can increase its bioavailability up to 2,000 times. Black pepper is super healthy in itself so this is a winning combination. Black pepper contains piperine which has been shown to increase serum concentrations of curcumin and its absorption in animal and human studies.

Not only does black pepper help us absorb curcumin, it has a host of amazing health benefits of its own. We don’t usually put too much thought into the medicinal properties of black pepper, the most widely used spice in the world, but they are quite extensive indeed. Here are just a few of them that we uncovered.

Anti-cancer benefits: The University of Michigan Cancer Center has done a study that shows that pepper can help keep breast cancer away. A chemical compound called piperine is found in the peppercorns and can help prevent a tumor from forming. The potential of this is heightened when combined with turmeric.

Exfoliant benefits: Pepper is a great exfoliant for your skin. Pepper can help clear away dead skin cells, add more oxygen to your skin and stimulate your circulation.

Decongestant benefits: Pepper is a powerful decongestant. When you have a cold or stuffy nose, add a little extra pepper to your meals to help clear you up. It will break up your mucus and help ease your cold.

Digestive benefits: Pepper stimulates your taste buds which signals the stomach to make hydrochloric acid. This helps digest food and makes for a healthy gut.

Weight loss benefits: The outer layer of peppercorns stimulates the breakdown of fat cells. Pepper can help keep you slim.

Store-bought curry generally does not contain very much turmeric and usually gets its zippy taste from chilli, not black peppercorns. In order to reap the benefits of turmeric, try this homemade curry powder that contains enough black pepper to make all the goodness of curcumin available to you.

Mix all ingredients together in a small bowl. Stir well and store in an airtight container.