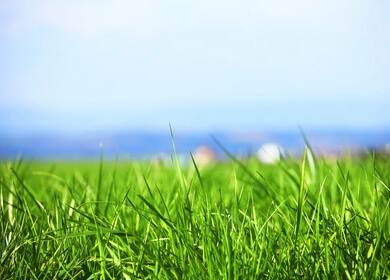 Mahatma Gandhi once said, “the greatness of a nation and its moral progress can be judged by the way in which its animals are treated.”

By his standards, the commercial meat industry in the United States points to grim flaws in our national character. However, there is good news, as more and more farmers and ranchers are choosing to graze their cows, bison, sheep and goats on ranges, where they feed on pasture grasses as nature intended.

Grass-fed animals are treated humanely and fed only natural grasses, and as a result, the meat and milk that comes from these animals has significant health benefits. If there is any truth in the saying, “you are what you eat,” then choosing to eat grass-fed meats and milk products is the obvious choice.

Most animals commercially raised for meat and dairy products in the United States come from Confined Animal Feeding Operations, also known as CAFOs. Animals that are raised in CAFOs often have no space to walk, or move around at all. The stress and abuse of these conditions is truly horrifying, and many meat-eating Americans choose not to think about it, which only perpetuates the cycle of mistreatment.

CAFOs contribute significantly to industrial waste and pollution. Studies have shown that people who live near factory farms may suffer nausea, depression, skin infections, respiratory problems and sometimes death from the toxicity of their environment.

Commercially-raised animals are fed multiple antibiotics and growth hormones, which end up in their meat and milk. The overuse of antibiotics in the meat industry leads to the growth of drug-resistant bacteria strains, which make individuals more susceptible to previously treatable diseases.

According to the Institute of Medicine at the National Academy of Sciences, the United States spends about 30 billion dollars per year treating antibiotic-resistant infections.

Animals raised in CAFOs are fed diets mainly consisting of GMO grain and soy; far from their natural diets. What’s worse is that the feed often contains ‘byproduct feedstuff,’ which can include chicken feathers, candy and even municipal garbage.

All of this eventually ends up in the bodies of the consumers: you and your family, every time you enjoy a commercially-raised steak, burger, or glass of milk.

Conversely, grass-fed animals are fed nothing but natural, pesticide-free grasses, and are given room to roam and graze. No antibiotics, growth hormones or garbage are added to their diets. As a result, these animals are not confined and subjected to stress, grow at a natural pace, and are naturally healthy and free of food-borne diseases. 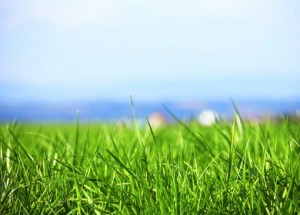 The resulting meat from grass-fed animals is significantly higher in nutrients. Grass-fed beef has been shown to contain more vitamin E, vitamin C and beta-carotene than its commercially-raised counterpart. It also contains omega-3 fatty acids and conjugated linoleic acid (CLA), which has been shown to be a potent anti-carcinogen.

Milk products from grass-fed cows are also more nutritionally dense. For example, grass-fed butter is an excellent source of CLA, and is higher in vitamins A, D, E, K and K2 than butter from commercial dairies.

Grass-fed butter is also higher in omega-3 and omega-6 fatty acids. If the milk-producing cows feed on selenium-rich soil, the selenium is present in the butter. Selenium is an important mineral with strong antioxidant properties.

If enough people turn away from the commercial meat industry, it may eventually end the cycle of animal abuse and torture of modern industrial farming, making the United States a more humane and health-conscious nation, for humans and animals alike.