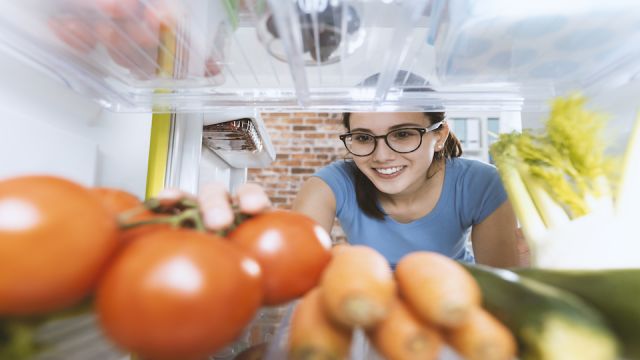 It’s called intuitive eating, and it goes against the grain of all popular dieting methodologies. No need to weigh food, count calories or stress over the numbers on the scale. Intuitive eating spits in the face of conventional dieting wisdom, much of which has not yet yielded consistent results for millions who struggle with their weight and body image.

Has food ever frustrated you? Have you ever committed to a restrictive diet plan only to find yourself sitting on your kitchen floor with your face buried in a bowl of ice cream? If so, you are not alone. The American diet industry is worth 66 billion dollars and Americans are more unhealthy and overweight than ever before. Clearly, something is not working.

Intuitive eating is not a novel idea

Although intuitive eating may sound like a new approach, the concept has been around for over twenty years, In 1995, two dieticians from Southern California published a book on the topic after witnessing clients lose and gain weight over and over again following conventional dieting wisdom. Evelyn Tribole and Elyse Resch decided that a different approach that defocused on body weight might prove useful. According to Tribole, deprioritizing weight in favor of other indicators of well-being can be highly beneficial for overall health.

It is often thought that people who can’t lose weight or those who gain it back are too lazy or uneducated, making it hard to make good decisions.This, according to Tribole, is far from the truth. She says that her clients are smart and successful people in many areas of their lives. What is clear is that the cycle of weight loss and gain followed by the emotional stigma around “not being successful,” causes a great deal of damage and is entirely counterproductive to good health.

The pillars of intuitive eating

There are ten principles of intuitive eating that create its uniqueness:

What intuitive eating is not

While it may seem like intuitive eating is a license to go crazy with your favorite ice cream or eat a whole pizza, it really doesn’t work that way. Both Tribole and Resch agree that there are foods which offer helpful nutrition and others that are not nearly as healthy. Intuitive eating is meant to help people who have struggled with eating to really understand how food makes them feel once they are untangled from stress and shame. During the first couple of weeks, people might binge on things that they would try to exclude from their diet, but soon they will crave those things that they once thought of as “healthy” punishment foods.

Think about it – if you can have, say pizza, anytime you want, you probably won’t feel like it is necessary to eat until you bust. Telling yourself that you can’t have something often drives binge eating.

Research shows that women in America start to internalize the importance of food restriction as young as 5. Because of this, it is difficult to assess how people would act towards food if they were not brought up in a culture of dieting. According to Tribole, what happens is an unnatural urge to eat a certain food because of restriction. On the other hand, when you have permission to eat something, it can still taste good but the urgency to eat it is gone.

Research says most women have some kind of eating disorder

Yes, dieting and food restriction are so ridiculously ingrained in our culture that it makes it hard to sort out the truth. Even nutritionists and physicians have a difficult time distinguishing between helpful and harmful practices.

Yes, you can have a healthy relationship with food without restrictions

Although you may think it sounds hazardous to live your life with zero food restrictions, intuitive eating is not a call for indulgence as much as it an invitation for you to be in tune with your body and end destructive impulses. You don’t have to purchase any special meal plans, shakes, or supplements.  Once you understand the concept, embrace the principle and really get it, you will be well on your way to a healthy relationship with food.

No guarantee for weight loss but…

Intuitive eating is not a quick fix to all your health issues, and it does not promise that you will lose weight. Everything depends on where you are relative to your body’s natural weight, which may not be seen as a “healthy” weight for your height as far as traditional notions go.

Early studies have shown that intuitive eating is not as effective for short-term weight loss as traditionally restrictive diets. However, research has also shown that it can help improve body image in young women. Mindfulness practices such as meditation are definitely good ways to help people get in touch with their bodies and are also effective ways to mitigate binge and emotional eating tendencies.

So, while intuitive eating does not promise that you will be prancing on the beach in an itsy bitsy bikini this summer, it does help foster a healthy relationship with food which, in turn, helps foster a healthy body image, a very important cornerstone to overall health and wellness, including weight management.

Stop being worn down by lifelong pressure to diet

Has a lifelong pressure to diet worn you down? Are you tired of chasing an image of a person you were never meant to be? Are you ready to become friends with food? If so, intuitive eating may just be the answer for you.