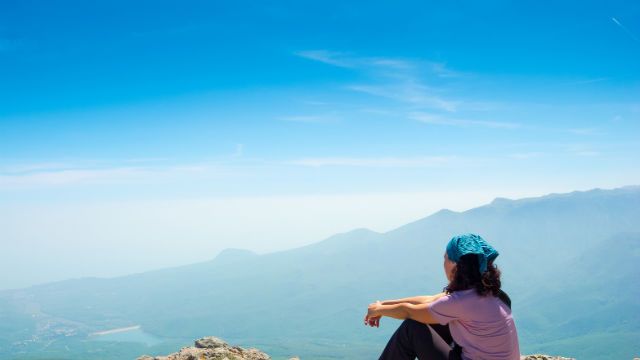 Have you been looking for a way to change your habits? To grow and develop personally and professionally? To make better choices? It turns out, we’ve had the answer in the form of an equation for almost 80 years!

In 1936, a German social psychologist named Kurt Lewin formulated the following equation: B=f(P,E). This simple equation, which means ‘Behavior is a function of the Person in their Environment,’ totally changed what we know about human behavior, making and breaking habits, and personal development.

In a recent article published by the Huffington Post, James Clear shares what we can learn from this equation, and how to apply it practically to our day-to-day lives so we can better manifest health, happiness and wealth.

Clear points out that Lewin’s equation was groundbreaking in the sense that before he developed it, most people believed that an individual’s personality and habits were based on who they innately were, rather than the environment they lived in.

Many people still believe this today. People who blame their faults entirely on their genetics, see certain things about their personality as being unchangeable and permanent, believe creating things to be ‘impossible’: ‘impossible’ to quit smoking, stick to a diet, etc…. all display the false belief that we have no power to change ourselves.

“Lewin, however, said something different. He said that it is not just your personal characteristics, but also your environment that drives your behavior. Your habits are highly dependent upon context. In many cases, your environment will drive your behavior even more than your personality. So, maybe you’re struggling to stick to that diet because you’re surrounded by bad options or unhealthy people, not because you were born with too little willpower.”

Here’s a bit more about the two factors in the equation, environment and personality, and how they come into play in terms of habits and personal growth:

We now know that our personalities are not ‘fixed’ from birth, but can be developed and molded over time. The key to doing this, according to Stanford Professor Carol Dweck, is to believe that you can improve. Dweck distinguishes between two mindsets: the ‘fixed’ mindset and the ‘growth mindset.’ Having a ‘fixed’ mindset toward something means that we feel we cannot grow, change, or develop in that area, while having a ‘growth’ mindset means that we believe we can improve and change.

We sometimes think of this second factor as uncontrollable or imposed on us from the outside, rather than as something we can change. However, as Clear point out, there are strategies we can use to change or adjust our environments in ways that will lead to better habits.

One example he gives of how to implement this includes ‘designing for laziness,’ which is where you set yourself up to feel too lazy to do something harmful or unhealthy. This might mean hiding junk food in the attic where it’s too much of a hassle to dig up (if you want to eat better) or unplugging your TV and stowing it away somewhere (if you’re trying to watch less).

The second is to design the space you occupy to better serve your own needs. For example, products on higher shelves closer to eye level are bought more than those on lower shelves, so you can redesign your fridge so that you’re keeping your healthy food and drinks on the top refrigerator shelf!

A space change can be as simple as re-organizing your office—or desktop, so that you have fewer distractions to contend with.

As we all know, changing our habits, lifestyles, and choices is not easy. Next time you feel like it’s too difficult, try to keep Lewin’s simple equation in mind. Remember, change is possible, just try to keep a ‘growth’ mindset, and remember to set up your environment so it’s working for you rather than against you!