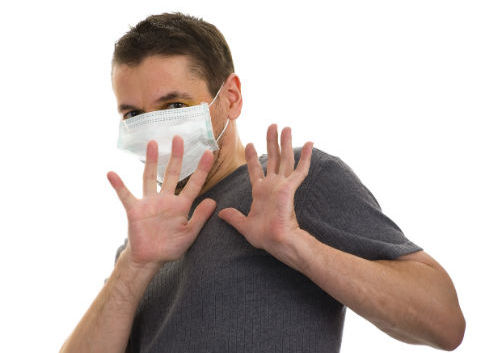 If you’re not already convinced that superbugs are serious and dangerous business, this news might make you change your mind. In the past two weeks, at least 25 cases of the antibiotic resistant superbug known as CRE (carbapenem-resistant Enterobacteriaceae) were reported in Los Angeles and North Carolina, and in three of the cases, the infection led to death.

CRE is one of the most dangerous known ‘superbugs’ in the US, causing 9,000 drug-resistant infections annually, and about 600 deaths. It’s sometimes called a ‘nightmare bacteria,’ as it can contribute to death in up to 50 percent of patients who become infected.

Here’s what you need to know to keep yourself safe:

Enterobacteriaceae is a kind of bacteria normally found in the gut. When these bacteria spread beyond the gut, serious infections like pneumonia, bloodstream infections, urinary tract infections, and meningitis can occur.

Due to the overuse of antibiotics, some strains of Enterobacteriaceae have become resistant to the type of antibiotics often used to treat them (called Carbapenem). These infections are dangerous because they will often not respond to antibiotics.

Where is it usually contracted?

According to the CDC: “CRE infections are most commonly seen in people with exposure to healthcare settings like hospitals and long-term care facilities.” The CDC states that an infection might happen to, “patients whose care requires devices like ventilators (breathing machines), urinary (bladder) catheters, or intravenous (vein) catheters,” if these devices have come in contact with someone infected with the bacteria and then have not been cleaned properly.

Who is at risk?

Like most superbugs and other bacterial infections, those with a compromised immune system, the elderly, and those who have recently finished a round of antibiotics are at the greatest risk for infection by CRE.

What are the symptoms?

CRE infections manifest similarly to other infections, and symptoms depend on what organ or organ system is infected. A CRE infection might emerge in the form of pneumonia, a UTI, or a kidney infection.

To avoid infections from CRE and other harmful strains of bacteria, we recommend:

· Washing your hands thoroughly after visiting doctor’s offices and other medical facilities, and making sure the people working in the facility are doing the same (it’s actually highly responsible – not rude! – to ask if you are not sure).

· Avoiding the use of antibiotics unless absolutely necessary.