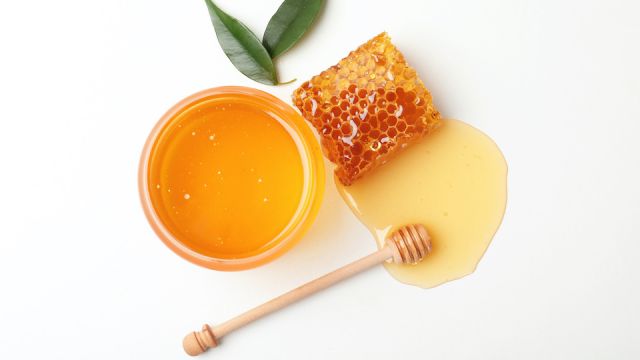 You could be dishing out cash on something you believe is healthy and real, but in reality, it is just a fake. Food fraud, although unfamiliar to some, is real and thriving in America. Now, producers, who pride themselves on delivering the real deal, are speaking out and warning consumers to be aware. Here’s what you need to know about one of the most faked foods in your grocery store.

So, it turns out; there are heaps of fake honey being imported into the U.S., laced with cheap sugar and marketed as “pure honey.” Furthermore, it looks like honey is one of the world’s most faked foods as well. However, to understand the impact fake honey has on your health and dollar, we need to go back to bee basics. The honey process begins with bees gobbling up nectar — a thinned solution of sugars — found in flowers. Next, the nectar mixes with enzymes in their stomach, and back to the hive, they fly. According to Chemical & Engineering, here, they pass the digested material to community bees who reduce the moistness of the mixture via ingestion and regurgitation.

Honey is then dropped into honeycombs. Because in the days that follow, bees busily fan the honey with their wings to further thicken it. It’s the final process, where honey begins to take on a whole other form of sugar. Once the honeycomb cells are capped with wax, enzymes start producing a variety of acids and sugars in the honey. Beyond the sucrose in the nectar splitting into fructose and glucose, it produces enzymes, which turn into acids. Some of these acids explain why honey pH usually measures 3.8 to 4.0, making it hard for bacteria to grow. Honey also contains small amounts of proteins and minerals like potassium. Meanwhile, other trace elements in honey include manganese, iron, copper, and silicon. Lighter, more subtle-tasting honey tends to be more popular among consumers. So, the stronger flavored, dark honey is used as industrial food ingredients.

Honey is a valuable commodity when used in food products. This naturally fuels an increased demand worldwide. According to Jerry Probst, a consultant for the National Honey Board, this demand then fuels honey fraud. Modern technology can help assess whether honey has been tainted with corn syrup, beet sugar, or even cane sugar. However, even with technology, at certain levels, these sugary additives are practically undetectable since they also occur naturally in honey. But that’s not all… Probst tells Chemical and Engineering News that changes to the honey occur due to removing key components. For instance, when ultrafiltration is used to remove certain residues, it can accidentally remove higher-quality natural sugars and even the complex flavors in honey.

The problem with honey bees

North America faces an overall honeybee shortage. Between murder hornets continuing to spread in the U.S. while feasting on honeybee larvae, and bees dying due to toxic pesticides, honey bee colonies are increasingly diminishing. Add to that climate change and disappearing flowering habitats, and we have real growing concerns. And, if that’s not bad enough, they’re being targeted by organized crime. Yep, you got that right…In a string of beehive heists, taking place in the dead of night, thieves use trucks and forklifts to open or dismantle hives, killing thousands upon thousands of pilfered bees. The reason, according to The Guardian, is due to a fertile stretch of land in California’s agricultural sector, which is responsible for almost a quarter of all the produce grown in America. Fruits, vegetables. and mainly almonds require pollination each year from far more bees than actually live in the area. So, the kidnapping begins. The greater the shortage of bees — the greater the shortage of real honey.

But isn’t all sugar equal when it comes to our health?

No, not all sugar is created equal. There’s an enormous difference between consuming corn syrup and consuming raw, unadulterated honey. Most of the honey you find in the grocery store is not raw — it’s pasteurized.  Pasteurization improves the color and texture, removes crystallization, kills yeast, and extends shelf life. However, the many beneficial nutrients found in honey are also destroyed during this process.

Even when it comes to oral health, regular refined sugars are notorious for destroying enamel. Raw honey, on the other hand, actually prevents cavities because of its antibacterial and antifungal properties. It’s because of these properties that honey has been used since ancient times to heal things like wounds, digestive issues, and sore throats. However, high fructose corn syrup, the main additive in fake honey, increases your risk of fatty liver disease, obesity, diabetes, and other serious health issues.

How to tell if your honey is real or fake

There are four tests you can do at home to assure that your honey is real and not fake. In addition, make sure to read the honey label to find out where the honey actually came from and not where it was bottled. Unscrupulous producers try to mislead consumers by claiming their honey was bottled in the U.S. But what they fail to divulge is where the honey originated from. Bee America suggests the following tests to ensure your honey is authentic:

The honey business is a $327 million-dollar industry. This is a huge sector that needs protection from fraud so that consumers aren’t fooled, and legitimate producers aren’t cheated. The American Beekeeping Federation (ABF) has created a defense fund to help protect the honey image and ensure honey sold in the marketplace is pure via tests on honey samples suspected of being laced with a cheaper sweetener. If you would like to participate, you can send samples that you suspect may be adulterated but contain misleading labels. To submit samples, or for additional information, contact the ABF at [email protected]. Don’t be fooled by fake honey; you deserve better.