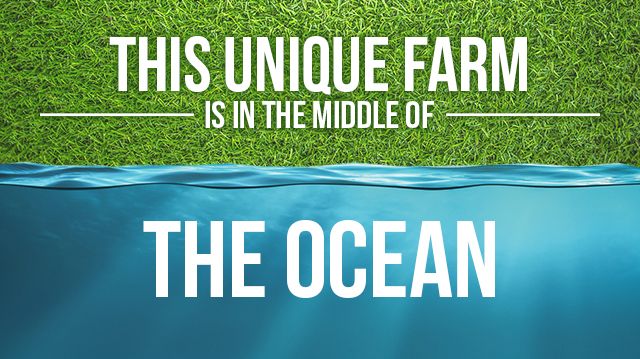 In order to give our planet the best chance possible in the face of the climate change threat, turning to green energy sources is a must. Recently, there have been strides made toward the advancement of solar power, and adopting this technology on a larger scale is highly promising.

Wind energy is another exciting energy option, and after six years of planning, the United States will get its first offshore wind farm. The Block Island Wind Farm will be located in the Atlantic Ocean, three miles out from Rhode Island’s neighbor, Block Island. If the project goes as planned, the wind farm could be in operation by the end of 2016.

So, how practical and effective is wind power, anyway? Well, according to a 2012 analysis by researchers at Stanford University, if the full potential of the winds just off the East Coast were harnessed by offshore wind farms, the power needs of the entire East Coast — one-third of this country’s power — would be taken care of.

Specifically, the study found that if 140,000 wind turbines, each capable of producing five megawatts of electricity, were placed down the East Coast, these energy goals could be met.

“People mistakenly think that wind energy is not useful because output from most land-based turbines peaks in the late evening/early morning, when electricity demand is low. The real value of offshore wind energy is that it often peaks when we need the most electricity — during the middle of the day,” says Mike Dvorak, a graduate of Stanford University’s Atmosphere/Energy PhD program.

When it is complete, the Block Island Wind Farm, a project by Deepwater Wind, is expected to provide Block Island with 90 percent of its electric energy needs. Any excess energy produced will go into Rhode Island’s power grid.

“In the last six years, the renewables industry has been able to lower the cost of electricity produced by onshore wind farms by approximately 60 percent, making wind mainstream and competitive with other forms of power generation. Our sights are now set on offshore wind with the goal to do the same. Deepwater’s Block Island project, being the first offshore farm in the US, is a critical stepping stone to tapping the vast offshore resources in the US.”

While the Block Island Wind Farm was initially approved by the Rhode Island Public Utilities Commission back in 2010, and expected to be completed by 2012, there were complications along the way. Now, the project has finally picked up speed, and when it’s done, it’s going to be huge.

The wind farm will be composed of five wind turbines — each double the height of the Statue of Liberty. Each turbine will generate approximately 125,000 MWh of electricity. Some of the tower pieces for this project are being manufactured in Providence, Rhode Island, and others are being shipped from Europe to be put together on-site.

While the Block Island Wind Farm shall be the first of its kind in the US, it likely won’t be alone for long. Other offshore wind farms are in the works on the East Coast, and will hopefully be in operation soon.

Just imagine if the entire East Coast received its energy from these wind farms, and one-third of our nation’s electricity was taken care of by these sources, well, that would be a huge step forward for our planet.