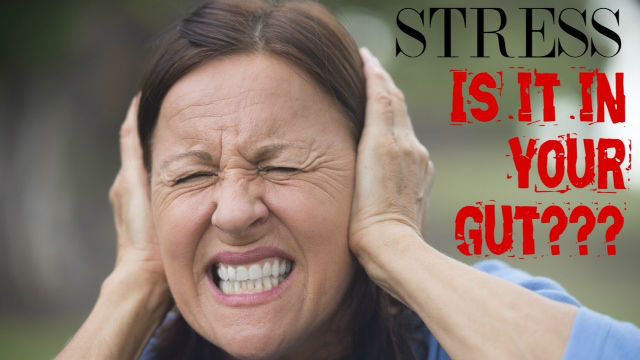 The old saying “you are what you eat” may ring true now more than ever. Scientists are learning more and more each day about the complexity of our microbiome, or gut bacteria. This lush landscape of trillions of beneficial bacteria are found to influence everything from how many times you catch a cold to how many times you visit the restroom.

And thanks to new developments on the research front, scientists may now be able to blame several psychological behaviors on your belly as well.

Dr. Emeran Mayer, a professor of medicine and psychiatry at UCLA has been attempting to uncover the brain/belly connection for years. After performing thousands of MRI scans of different brains and comparing them to each individual’s unique gut bacteria landscape, he found that activity between brain regions differed among individuals with differing microbiomes, concluding that gut bacteria must play some role in how the brain functions.

Though it may seem far-fetched to some, Dr. Mayer is not the only researcher further investigating this theory. In a Canadian study, researchers replaced the gut bacteria of anxious mice with that of their more fearless counterparts.

The result was far less anxiety and more exuberant behavior among the once fearful mouse population. Similarly, in a human-based study published in the journal, Gastroenterology, researchers provided healthy women with a probiotic-rich yogurt and then performed bran scans.

The areas of the brain responsible for emotions and anxiety were less reactive after the women ate the yogurt, indicating that the newly ingested probiotics played a role in deactivating this area of the brain.

The connection between gut bacteria and psychological illnesses is promising for many researchers looking to treat these disorders with means other than pharmaceuticals. The findings are of particular interest for researchers who study autism because a common symptom of the disorder is gastrointestinal problems.

In a recent study scientists administered probiotics to mice who exhibited autism-like symptoms. They found that the addition of probiotic supplements either eliminated or greatly reduced these symptoms, which gives great hope to those attempting to establish a cause of and treatment for the disorder that affects far too many children these days.

Experts agree that much more research is needed to fully understand the brain/belly connection, yet there is enough evidence that they agree that the connection definitely exists.

Some believe the ability for the microbiome to influence brain activity is due to the vagus nerve, which runs from the brain to the abdomen. When researchers in Ireland cut the lines of communication through this nerve in mice, the changes exhibited through swapping gut bacteria ceased.

For now, researchers agree that brain activity, much like immune system function, is directly related to the presence of healthy gut bacteria, though more research is needed to further understand the exact mechanism. For individuals looking to up their probiotic intake, there are a variety of healthy foods that can promote a healthy and active microbiome. These include:

You can also consider a high-quality probiotic supplement like Pro-X10.