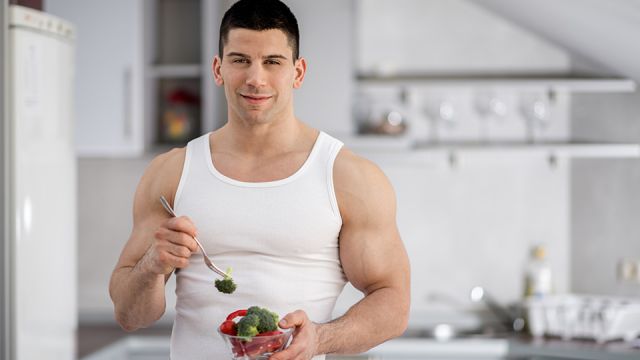 Apart from animal rights, the main reason people decide to go vegan is usually to slim down and become more energized. Typically, vegans are up to 20 pounds lighter than meat-eaters. Perhaps this is why there’s a new trend in professional sports that has more athletes changing their diets and going vegan. Here are five prime examples.

Wilson Chandler had a great season after going vegan and isn’t going back – https://t.co/wgv8Bi2Tjm pic.twitter.com/30E40HQeE2

After years of battling injuries and other health-related setbacks, Chandler looked for a different approach to his health and found what seems like a strong solution: veganism. Almost two years later, Chandler says he is never, ever thinking of going back to his prior diet.

“This is something I’m not really doing for, like, a 30-day challenge or my basketball career,” Chandler told Business Insider. “I think this is a lifestyle thing. It’s up and down — there’s certain food you can’t have, so it’s up and down, but for the most part, I stick to it.”

After going vegan, Chandler posted career highs and played the healthiest year of his entire career. One of the biggest benefits of going vegan appears to be an ability to recover from intense workouts, practices and games. He’s also felt a major boost in his energy. Chandler highly recommends the diet, and can already see a trend throughout the entire league.

Due to health concerns, such as autoimmune diseases, Williams wanted to switch to a plant-based diet to sustain peak performance on the court. Williams says, “Once I started I fell in love with the concept of fueling your body in the best way possible, I went vegan. Not only does it help me on the court and with recovery, but I feel like I’m doing the right thing for me.”

Williams says that there was a direct result between her performance and going vegan. “I literally couldn’t play tennis anymore, so it really changed my life. Because it was starting to take away what I loved, I had to make some changes, I had to change my life,” says Williams. “I think you feel more energized and you feel more positive. I also feel proud and it seems like I’m ethically doing the right thing with my vegan diet.”

“Tom Brady is the biggest certainty to win MVP in years.”

At age 40, Tom Brady believes he’s in better shape than ever before. Brady attributes his diet to better play and the ability to maintain muscle throughout the season. “Brady was 228 at the start of last season, and only dropped two pounds, with his body fat holding steading at 10 percent,” says personal chef Alex Guerrero.

Brady’s diet goes further than the typical vegan, as he does not eat nightshades because they are inflammatory. These flowering plants include tomatoes, potatoes, eggplants and peppers. “Due to my diet, I can recover faster than any other 39-year-old on the planet,” says Brady. “I enjoy how I eat, and what I eat, and never feel like I’m missing out.”

Unlike the previous examples, Mike Tyson became a vegan much later in his career, but for very good reasons. Although being a boxer takes a huge toll on your health, Tyson also had extremely bad alcohol and drug problems. “I was so congested from all the drugs and cocaine, I could hardly breathe,” says Tyson. “I had high blood pressure and once I became a vegan all of those things diminished.”

For those unfamiliar, Tyson was as dominant in boxing as Michael Jordan was in basketball. The change to going vegan played a vital role in his commitment to strong personal development and encourages other “alpha males” to follow suit. Tyson says that he has lost a lot of weight, but good weight that was done intentionally; he feels very strong and fit for his age.

David Williams, known as the 300-pound vegan, is a former NFL end that now advocates for veganism. Williams eats over a pound of protein a day from non-meat sources. He loves broccoli and gets all his nutrients from sources such as plants, beats, rice and grains. Usually, he eats 10,000 calories in a normal day. “You don’t have to take a life to gain muscle,” says Williams.

Growing up, he got protein from the meat he ate with his family, but now says he gets more than enough from his vegan diet. What originally lead Carter to become a vegan was high blood pressure and bad nerve damage. He also was extremely persuaded when he saw an animal rights documentary called “Forks Over Knives.” He threw out his milkshake and was vegan from there on out.