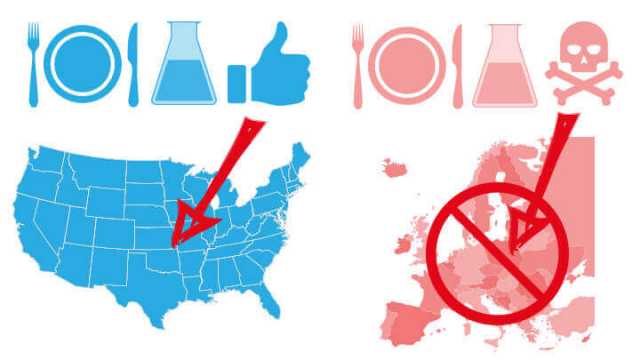 We all know most processed foods are packed full of chemicals, but it’s surprising just how many of these additives are banned in other countries. Just compare the U.S. Food and Drug Administration’s (FDA) list of banned additives to that of the European Union (EU).

The difference largely comes down to two totally different approaches to food safety. While the EU puts the onus on manufacturers to prove their product is safe, the U.S. all too often opts to allow products on the market unless someone can show there’s a problem. The end result is that the FDA has approved the use of damaging chemicals. There are fat substitutes that cause diarrhea and hormones suspected of causing cancer. There are even food dyes that might be linked to birth defects and more.

So before you take another bite, check out our list of food chemicals banned in Europe but supposedly safe for Americans. 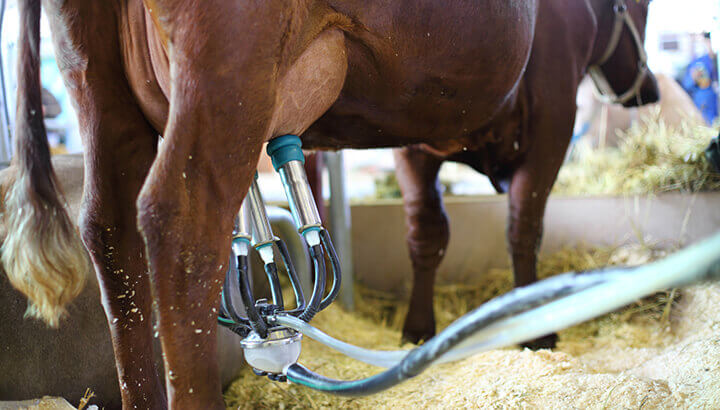 Recombinant bovine growth hormone (rBGH) and recombinant bovine somatotropin (rBST) can both be commonly found in dairy products across the U.S., such as milk. These two chemicals are typically given to cows to boost their milk output. Both rBGH and rBST are so widely used in the U.S. that food manufacturers have no obligation to list them on the label. This means customers generally have no idea what they might be consuming.

So, what’s the problem? The main concern over rBGH and rBST is that they might increase cancer risks. There’s currently no scientific consensus that rBGH and rBST are linked to cancer in humans, but the European Union has banned these chemicals just to be on the safe side.

When olestra first emerged in the 1990s, it was almost immediately hailed as a game changer in food manufacturing. This fat-free substance can be used to replace actual fat in junk food, making it a seemingly easy way to make snacks like packaged chips a little less unhealthy.

Contrary to popular belief, not all artificial food dyes are bad for you — but some might be. For example, two common azo-dyes, Yellow 6 and Red 40, might be carcinogenic. Meanwhile, numerous artificial dyes have been linked to health issues such as organ damage and birth defects.

In the EU, dyes are heavily regulated, with blanket bans on food dyes for products aimed at babies and small children. This, combined with strict labeling for many controversial dyes means Europeans consume very few artificial colors. However, most artificial dyes, including Yellow 6 and Red 40 remain FDA approved. These colors may be in our candy, cake frosting, processed food, popcorn, soda and more. Make sure to check labels!

Brominated vegetable oil (BVO) is banned in the EU. It is suspected of being linked to heart problems in animal studies. In the U.S., it has been considered an interim food additive for decades, meaning food manufacturers can use BVO with certain limitations. There are some isolated, suspected cases of BVO being linked to bromism in humans — a serious condition that can cause symptoms ranging from mild headaches to delirium and psychosis. The most well-known case was a man who drank between two and four liters of soft drinks containing BVO every day. He reportedly became so ill he couldn’t walk. 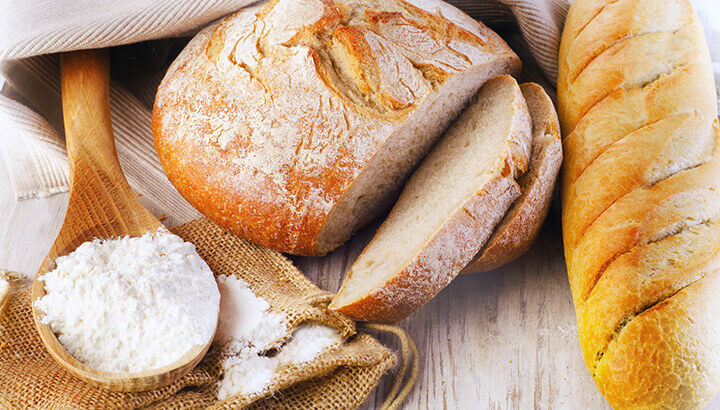 Another food additive that might be linked to bromism is potassium bromate. Commonly referred to as bromated flour, this stuff is often used in baked products in the U.S. The FDA allows its use, with manufacturers usually arguing the bromated flour is cooked out during baking. This means the final product shouldn’t pose a risk to humans. However, the International Agency for Research on Cancer (IARC) doesn’t quite buy this story. It lists bromated flour as a possible carcinogen. It’s also banned in the EU, Brazil and Canada.

Another bread related additive, small amounts of azodicarbonamide are used by bakers across the U.S. with FDA approval. Although the amounts are small, critics say this additive is unnecessary and can slightly increase cancer risks. The EU hasn’t authorized its use, meaning this is another additive Americans have to worry about, but Europeans don’t. 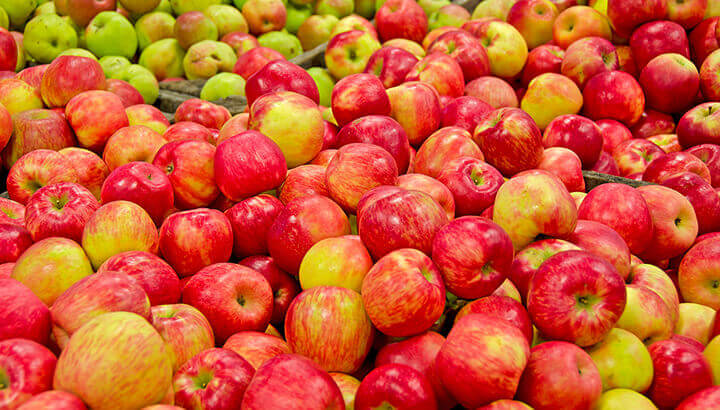 Everyone loves a nice crispy apple, but ever wonder how they get so shiny? That’s thanks to diphenylamine (DPA), a chemical commonly used to coat apples and give them a bit of a sheen. It can also help stop apples from turning black during long-term storage in cold climates. There’s some evidence this stuff is carcinogenic, though there’s no scientific consensus. As usual, the EU has erred on the side of caution and banned the use of DPA on apples and other fruits, while the FDA hasn’t.

What do you think? Should any of these chemicals be banned in the U.S. as well?