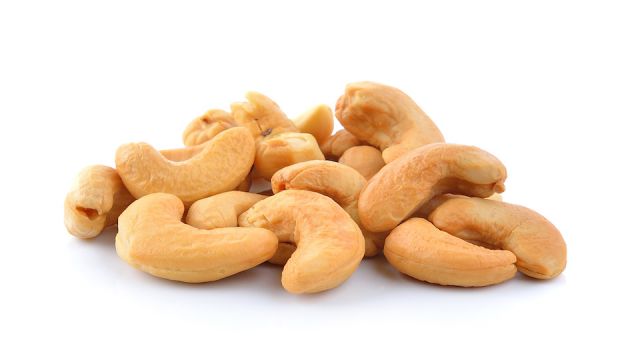 Do you consider yourself to be an adventurous eater, always ready to try new and interesting cuisine? Where do you draw the line as far as eating things that are out-of-the-box?

While some people will try just about anything for a palate thrill, there are foods, many considered a delicacy, that demand a particular type of respect and fear because they are capable of making a person very sick and even causing death.

You have heard the saying, “death by chocolate,” right? This is a marketing term made popular by Bennigan’s restaurants describing delicious desserts that feature chocolate.

You have probably never heard the term “death by monkey’s brains or “death by raw cashews.” However, these are things that you should take very seriously.

Here are thirteen foods that you should be very, very cautious of or in my opinion, avoid altogether – the risk may not be worth the thrill of tasting!

Fugu (pufferfish) – This fish, delicacy in Japan, contains a deadly neurotoxin that can paralyze or suffocate a human if not prepared properly. Japanese law regulates the preparation of this dish in restaurants and chefs must go through three or more years of training before they can even touch the fish.

Ackee – This national fruit of Jamaica seems innocent enough; however, it is only safe to eat when fully ripened and picked before it has opened to reveal the toxic little black seeds inside. The seeds contain hypoglycin, a poison that can cause intense vomiting.

Blood clams – Found in the waters around China, these clams are unlike any other. Because the blood clam lives in low-oxygen areas, it ingests many viruses and bacteria including hepatitis A, hepatitis E, typhoid and dysentery to get the nutrients it needs to survive.

Elderberries – Only eat elderberries when they are fully ripe and prepared properly without the leaves, twigs or seeds which all contain cyanide. If you do consume undercooked berries, it can cause severe diarrhea and seizures.

Monkey brains – In Asia, you can find monkey brains raw, cooked or baked. However, eating brains can cause Variant Creutzfeldt – Jakob Disease – an incurable and fatal degenerative neurological disorder. In short, eating the brain from a monkey can cause your own brain to fall apart. Not really worth the risk right?

Rhubarb leaves – There is nothing quite so tasty as a rhubarb pie in the summer. Whatever you do, don’t eat the leaves as they contain oxalic acid, a corrosive acid that can form deadly crystals in your kidneys. Rhubarb poisoning can cause difficulty breathing, diarrhea, eye pain, red urine, nausea and burning in the mouth and throat.

Raw cashews –  When you purchase “raw” cashews they have been steamed first to remove a very deadly chemical called urushiol. This chemical is also found in poison ivy and can be fatal.

Fesikh – This is a traditional Egyptian dish that is eaten on Shem el-Nessim, a spring festival. The dish is made using a fermented mullet fish that is dried in the sun and preserved in salt for up to a year. If care is not taken to preserve the dish as needed, it can be deadly.

Hot dogs – Yes, that is right, hot dogs, the “All American Food” makes the list as one of the most deadly foods. Not only are hot dogs void of any nutritional value, but they also are responsible for 17% of all choking deaths in children age 10 and younger according to the American Academy of Pediatrics.

Star fruit – If you struggle with bad kidneys you should NEVER touch a star fruit. Just 100 milliliters of the fruit’s juice is poisonous as it contains neurotoxins that affect the brain and nerves.

Sannakji – A favorite in Korea, this dish contains a baby octopus that is cut in very small pieces when alive and served immediately. If you find yourself in Korea with this dish in front of you, chew well and swallow fast. Or, simply say “no thanks”…The raw tentacles and suction cups are still moving when eaten and can grab the inside of the throat and choke the diner to death.

Cassava (manioc) – This root vegetable is found in Africa and South American and is known as tapioca. Used to make pudding cakes, chips, and juice, the roots, and leaves are loaded with cyanide. If improperly prepared or eaten raw, cassava can be deadly.

Casu marzu – This Sardinian soft cheese is made from sheep’s milk. During the ripening process, these cheese is left uncovered encouraging flies to lay maggots inside of it. This causes the cheese to ferment. However, the larvae can bore through the intestinal wall of humans causing severe illness.