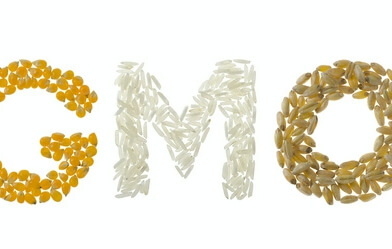 The GM giants just won’t back down. As if the problems with genetically modified crops are not scary enough, reports now indicate that healthy organic crops are being threatened in Benton County, Oregon, where wheat is grown for national and international markets.

Benton County lies in the heart of Willamette Valley, in Western Oregon. Here, a conducive climate along with healthy soil marry to provide the perfect growing ground for over 270 different types of edible plants.

Among these thriving crops are wheat, wine grapes, hops, corn, peas, flax, potatoes, oats, cherries, apples and peppermint. This is a part of America dotted with beautiful green landscape, farmer’s markets, organic food co-ops and a local food system that farmers and those that live in the area support and depend on.

According to farmers, the food system that has served so many for so long is feeling pressure from corporate agricultural groups who wish to use the fertile valley to grow their patented seeds complete with synthetic chemicals.

The huge biotech industry and its supporters, including Monsanto, wish to intermingle genetically modified and heavily sprayed crops with the area’s both conventional and organic crops.

This pressing conflict regarding who owns the seed and who is in charge of the land is causing a lot of ruffled feathers and anxiety in the Willamette Valley. The big question being turned over is what “rights” do the people of this valley have if the “Big Dogs” with their money and governmental support decide to move in on their already-existing crops?

Residents and farmers have good reason to be concerned. The valley is one of the few places where such a wide variety of seeds can be grown for the international market. The livelihood of many people is at stake; once genetically modified organisms penetrate the market, they can contaminate the organic seeds, making them unsellable in international markets where genetically altered seeds are not permitted. This includes places like the European Union and Japan.

This story was already written in 2006 when GM sugar beets were first introduced. In as little as three years, they had taken over the sugar beet market, pushing the locals out of they way.

Those that grew organic beets and conventional beets were not happy with the introduction of the genetically modified crops, and those that grew GM crops felt that they had to embrace the technology in order to be competitive.

The introduction of GM alfalfa into Oregon has made it necessary for organic dairies to test all of their seeds for cross pollination with GM seeds before planting them and feeding crops to their animals.

As devastating as the sugar beet and alfalfa threats have been, the discovery of GM RoundUp Ready wheat in a field in eastern Oregon has farmers and residents shocked, confused, angry and frustrated. If the wheat industry experiences the same monopolization by GM seeds as the sugar beet industry has, both the health and economic implications will be monumental.

Already, with the discovery of GM wheat, two of the largest international buyers of Pacific Northwest wheat, Japan and South Korea, have cancelled their most recent orders and put shipments on hold.

All promises from Monsanto of peaceful coexistence with conventional and organic farming methods appear to be as real as water on the moon. It is clear at this point that the local food system can be easily snapped in half if the GM pressure continues.

Crop contamination poses a double threat to both conventional and organic crops. Once a farmer’s crops are knowingly or unknowingly contaminated by GM seeds, his seeds are subject to litigation from whatever biotech firm owns the seed patent. The financial investment in such a litigation could destroy a farmer.

The Community Environmental Legal Defense Fund helped the new group put the ordinance together. After a few snags, the final ordinance was submitted to Benton County on June 5th, 2013.

Key points in the ordinance state that the patenting and privatization of seeds that have been genetically altered:

The Declaration of Independence asserts that governments are put in place to safeguard the rights of the people. Further, as written in the State Constitution of Oregon, all power is inherent in the people.

Benton County’s Charter also delegates that the people of the county elect representatives to enact local legislation in all matters of concern to county residents.

The residents of Benton County know far too well that they must act at the local level. A recent ruling by the Oregon Department of Agriculture to allow thousands of acres of genetically modified canola to be grown threatens specialty seed growers and has been met with great public resistance.

Although the Oregon legislature is now considering a bill to overrule this decision, it still appears as though we can not rely on state or federal government for protection against the very real threat that biotech firms pose to our existing food systems.

Of course, residents of Benton County hope that their Food Bill of Rights will protect their local food system and seed heritage. This bill favors a sustainable system of agriculture that supports the coexistence of plants, animals and people through responsible management of natural resources.

When patented seeds are introduced into an area, the companies that own the patent can dictate who handles the seed and how it is handled. They can also require growers to buy their seed each year, and saving seed becomes illegal.

Farmers have saved their seeds for thousands of years; this, it seems, matters little to the corporate bullies and their financially-driven motives. Benton County, Oregon is just one place of many that is feeling the heat from biotech giants.

Their courageous and united efforts to protect their sustainable food system should serve as an example to all of us to fight for what is right, natural and healthy!