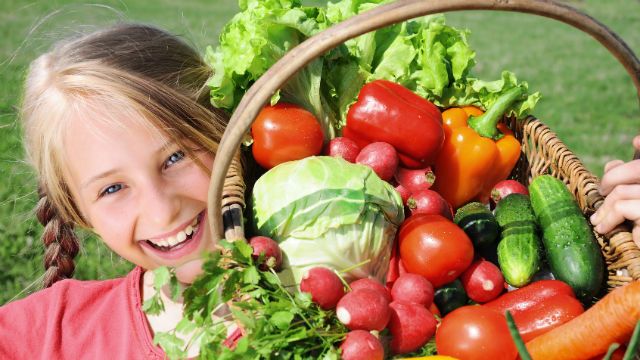 One great challenge for many of today’s parents, grandparents and care providers is getting kids to eat a healthy diet.

With advertisements for junk food and processed snacks everywhere we turn, it is no surprise that many kids crave these popular items, while wrinkling their noses at a plate of nutritious veggies.

According to the CDC’s 2012 Youth Risk Behavior Surveillance System survey, a mere 21 percent of children eat 5 or more servings of fruits and vegetables per day. Fruits tend to be easier to serve to children, while offering veggies presents a difficulty for many caregivers.

Some people solve this dilemma by blending up vegetables with fruits in sweet-tasting smoothies. This is a great method when it comes to health, and works well for some people.

Critics of this technique, however, say that it does not encourage kids to keep eating vegetables as they grow up, as the taste (and sometimes even the knowledge that veggies are present) is masked.

A new study performed at the University of Leeds has found that exposing very young children (between the ages of 6 months and 2 years) to vegetables leads to them eating more servings than older children who are offered new veggies past age 2. The key to the result seems to be the early familiarity, which allows the young children to develop an acquired taste.

Researchers also found that the younger children were more likely to increase their intake of the puree over time, while the pickiest eaters were the older, preschool children.

Study leader Professor Marion Hetherington, of the University’s Institute of Psychological Sciences, states, “if you want to encourage your children to eat vegetables, make sure you start early and often. Even if your child is fussy or does not like veggies, our study shows that 5-10 exposures will do the trick.”

For slightly older children, the power of choice seems to play a notable role in vegetable consumption. A 2011 study performed at the University of Granada in Spain gave 150 children under the age of 6 the ability to choose which vegetables they wanted to eat at lunchtime. Results showed that the kids that had a choice of which vegetables to eat ate up to 80 percent more than those who were not given this option.

Lizzy Pope of Columbia University, who led a 2012 study of elementary and middle school children given the choice between labeled and unlabeled veggies (some of which they were familiar with and some which were new to them), summarizes, “children are less apt to like food with which they are unfamiliar.”

Taking all of these study results into account together, one can deduce that starting children on a wide variety of vegetables early on in life, and allowing them to choose between a variety of options once they have developed a taste for multiple veggies, is the more successful strategy.

For older children, cooking with them and letting them experiment with different recipes and creating their own unique twists can be highly beneficial. Also, lead by example; eat a wide variety of vegetables in different forms. The health of the next generation depends on the choices we make ourselves, the knowledge we impart, and the nutritious choices that we offer.

Experiment with vegetables – it can be fun and very rewarding to your health and that of your children!