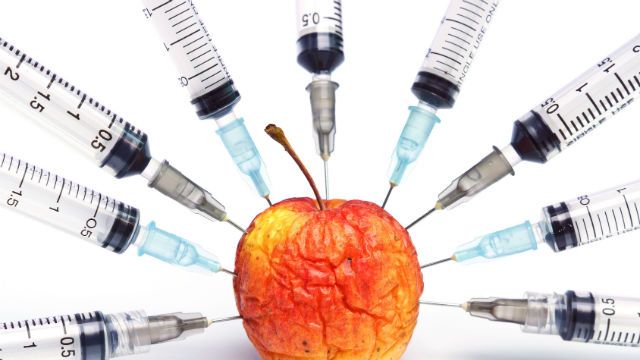 Many of us have learned in recent years that the media is not necessarily all about facts, despite the importance of media outlets in bringing the public essential information we need in order to make the best decisions on key issues.

From The New York Times to Fox and Good Morning America, the media has often been biased in one way or another, even if it’s not always intentional. The same holds true when it comes to GMOs. Rodale News recently pointed this out, and while the site is clearly anti-GMO, it has always been upfront about its position as a strong proponent of organic farming.

With this in mind, Rodale News took a look at GMOs and the mainstream media recently – and it’s failure to bring accurate coverage of this important issue in today’s world.

The majority of media outlets, as you probably know, make their money on advertising. If a particular ad is refused, the outlet is losing money, which means the advertised product stands at odds with the publication. Rodale points out that recently the renowned Science and Nature journals, refused to run an ad for Dr. Bronner’s Magic Soaps.

Bronner is anti-GMO, and provided information from that perspective about some new anti-GMO research that is unlikely to be heard by many. The ad would have earned the publication nearly $10,000, but it was refused.

The reason? Non-profit news organization Mother Jones reports that they were concerned about backlash from their members and potentially getting into a battle with the GMO industry.

Most likely, they were worried that the $10K might have cost them a lot more in advertising in the long run. The Eastern regional ad-sales manager for Science, Laurie Faraday, also told Mother Jones, “Ironically, it’s not that anyone in the organization disagreed with what it [the ad] said. It’s just that we had to consider that the opposite side of the coin might want to start a war in our magazine.”

Of course, maybe the journals just “didn’t want to rock the boat,” as Rodale writes. But there have also been a number of attempts via mainstream media to discredit those who are working against GMOs, such as an article in The New Yorker, “Seeds of Doubt,” which is said to be the inspiration for Bronner’s ad. In the article, Michael Specter denounces anti-GMO activist Vandana Shiva, PhD, saying that she lacks scientific evidence – and, that she’s guilty of “confusing correlation with causation” when it comes to the effects of GMOs, in addition to promoting fear-mongering.

Shiva wrote an extensive rebuttal, published on her website.

Thirdly, Rodale says, is the problem of GMOs not being considered news at all. Rarely do you hear about GMO legislation in Congress. In fact this important issue is rarely in the headlines, despite the fact that the majority of Americans are eating “extreme levels of this GMO herbicide,” they write. Instead articles cover lots of celebrity gossip, sports, ebola, terrorism and political scandal.

CEO and Chairman of Rodale Inc. and author of Organic Manifesto, Maria Rodale, comments, “In the process of writing and researching my book, I found that there are clear and conclusive scientific data that support my hypothesis that organic agriculture is the key to our survival. [But they] are buried deeply within the databases of government agencies, too complicated to be reported by the mainstream media, and subjected to downright suppression at some universities.”

In line with its commitment to an organic future, the site pledges to continue to cover news related to GMOs, and, of course, here at The Alternative Daily, we’ll keep readers updated as well.