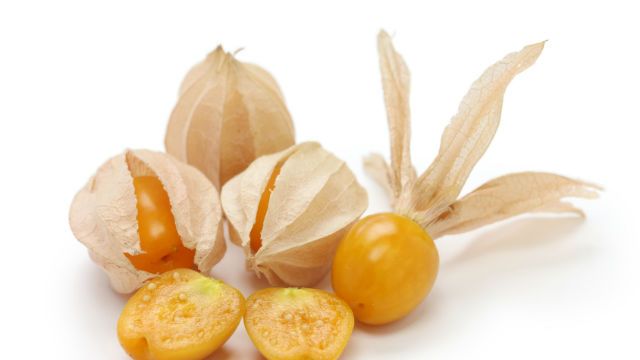 Physalis peruviana, or golden berries, also known as cape gooseberries, are native to Brazil, but are grown in many warm climates, such as Hawaii, Australia, South Africa and Peru.

This delicious fruit looks a bit like a golden raisin, but has a taste that’s sweeter and simultaneously more tart. The berries have been used for centuries, although researchers are just beginning to discover the full value of this incredible fruit that’s actually not a berry at all, but a part of the tomato family. They’re considered to be a highly nutrient dense superfood with easily absorbable, bioavailable compounds offering a multitude of health benefits.

A 2013 study found that golden berries offer anti-hepatoma and anti-inflammatory effects which were helpful in preventing the growth of cancer causing cells.

It was discovered that the berries contain a unique substance known as Hydroxywithanolide E, a compound research has shown to be very effective at preventing genetic mutations in the DNA of the cells in our lungs.

There is also believed to be potential for this agent to mitigate DNA damage and possibly be used as a natural chemotherapy agent, which would be a great leap in cancer treatment as artificial chemotherapy agents tend to harm health while killing cancer cells and tumors.

Golden berries are also believed to help stabilize blood sugar levels, as they inhibit the enzymatic reaction, a process in which starch and sugars are broken down, which can increase blood sugar levels. By helping to prevent the breakdown of starchy carbohydrates, the berries may control the impact carbs have on blood sugar.

This unique fruit is packed with potent antioxidants, including polyphenols and carotenoids which have anti-inflammatory and other beneficial healing qualities.

A recent study, published in the The Scientific World Journal, found that golden berry extract improved kidney function after renal injury due to its unique antioxidant power.

Many diseases and chronic illnesses cause redness and swelling in the body. A study conducted by the National University of Columbia found that golden berries offer an immunomodulatory effect which directly and indirectly blocks affected mediators, fighting redness and swelling by reducing the impact of proteins that cause it.

While golden berries are still not all that common in traditional American grocery stores, they have been making their way to health food stores and are also available online. The whole dried fruit can be eaten right out of the bag, or you can add them to your morning smoothie.