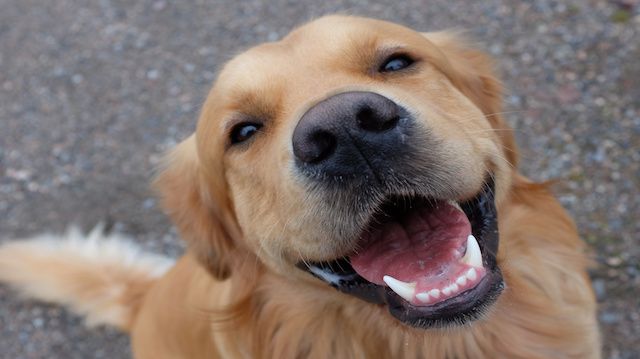 More than 60 percent of golden retrievers succumb to cancer. The Denver, Colorado–based Morris Animal Foundation launched the Golden Retriever Lifetime Study to gather information by observing 3,000 goldens over the course of their lives and build a comprehensive database. It’s the first time a study of such scope has been conducted in dogs. The study will continue until the last of the enrolled goldens dies.

Forty years ago, golden retrievers often lived to a ripe old canine age — up to 15 years or more. In recent decades, the average golden’s life span has dropped to nine or 10, with many dying before reaching even that “middle age” in dogs. One purpose of the study is to uncover the factors that shortened the breed’s life span, factors that may have implications for human health. These dogs live with people — the two species share 95 percent of DNA — so environmental issues may come into play.

Certain cancers are especially prevalent in the breed. These include:

The idea for the Golden Retriever Lifetime Study is based on the Framingham, Massachusetts, heart study, the longest-running study in human medicine. It began in 1948 and is now following participants in its third generation. The study set out to identify major risk factors for cardiovascular disease, and approximately 2,400 research papers have come out of it to date.

The Morris Animal Foundation’s $25 million lifetime study began in 2012 with the first enrollment of dogs. Enrollment was completed in 2015. Participating owners and their veterinarians fill out periodic, extremely detailed questionnaires regarding the dog’s health and lifestyle. Anything new in the home, such as a move, other pets or children, are reported. Behavioral and dietary changes are carefully noted.  Sleeping arrangements, toys, treats — nothing is irrelevant in this comprehensive study.

Vets collect samples for laboratory testing, including blood, feces, toenail clippings, urine and hair. Each golden receives a complete annual physical exam, with a $75 reimbursement paid to owners to offset exam costs. Any additional veterinary visits are reported to the study. If a dog does develop a tumor, a sample is sent to a laboratory for testing.

Owners provided a minimum of a three-generation pedigree for their pet’s acceptance into the study. Only dogs living in the lower 48 states were eligible. Every dog in the study was under the age of two and healthy at the time of acceptance. Males and females are represented in equal numbers, with about half of both genders spayed or neutered and the other half intact.

Seven goldens in the study have already died, primarily from cancer. One dog was hit by a car. One-third of the goldens has been diagnosed with ear or skin infections, gastrointestinal issues afflicted 17 percent and 11 percent suffered from urinary diseases.

There’s only one thing wrong with golden retrievers — they don’t live long enough. For too many years, too many goldens have been shortchanged for life expectancy, and too many owners have experienced the grief of not only losing their best friends, but losing them too soon. Perhaps the lifetime study will unlock reasons for goldens’ shortened life spans and enable the breed to thrive once more.