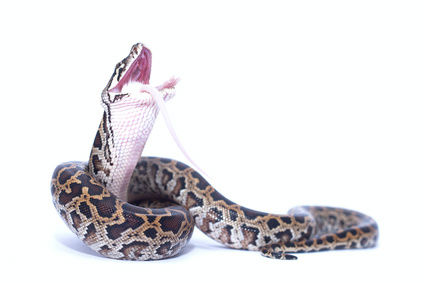 A new study has linked Gymnema sylvestre, an ancient herb commonly used in India, with significant fungus-fighting properties. Long known for its connection with lowering blood sugar levels, this new use for Gymnema sylvestre brings to light the multifaceted value of this plant.

Native to parts of India, Australia and China, Gymnema sylvestre is a vine plant known as Meshashringi in Sanskrit, which translates to “ram’s horn.” It has been traditionally used as a snake bite remedy, laxative and a diuretic, as well as to lower blood sugar, for centuries.

Govindsamy Vediyappan, a microbiologist at Kansas State University, tested the effects of Gymnema on a common fungus known as Candida albicans, which is present in about 80 percent of the population.

This fungus lives in the human body naturally as a common flora, however, when it overgrows it can cause infections, and is especially concerning to cancer patients, immunocompromised individuals and organ transplant recipients.

Some Candida albicans yeast infections are easily treatable, however, if this fungus turns into what is known as a hyphal form, it can spread to multiple organ systems and becomes very difficult to remedy.

Vediyappan and his research team found that purified gymnemic acid compounds, derived from the leaves of the Gymnema sylvestre plant, stopped the Candida from transitioning and spreading. His study was focused on treating the hyphal form – the more difficult one to treat.

Vediyappan stated, “we have shown that this compound is safe to use because it doesn’t hurt our body cells, yet it blocks the virulence of this fungus under in vitro conditions.” As using Gymnema sylvestra does not harm healthy cells, it could prove to be very beneficial to cancer, immunocompromised and organ transplant patients.

The researchers also found that the gymnemic acid compounds prohibited the growth of another fungus, Aspergillus, which is a known danger to leukemia and heart transplant patients.

The overgrowth of Candida albicans and other bodily funguses may potentially lead to a host of other issues, even in otherwise healthy individuals. If you are planning to do a systemic yeast cleanse, talk to a natural health professional about the role that Gymnema sylvestre can play in the process – it may significantly boost the success of your cleanse.