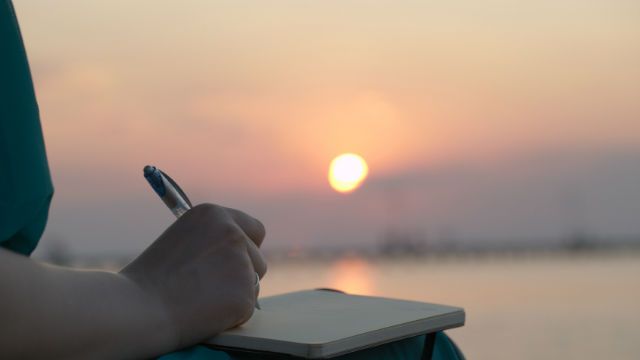 Scientists have long known that writing is a great activity to boost brainpower. Specifically, it activates the rational left side of the brain, giving the creative right brain the space to soar. In this way, you are able to use both sides of your brain to both express and understand yourself and the subject you are exploring.

However, in this modern day and age, we might ask the question: does it matter if we handwrite or type?

A study performed at the University of Indiana focused on a group of young children who did not yet know how to read and write. Each child was given an index card with either a letter or a shape depicted on it.

They were asked to either trace it on a dotted line, type it on a computer or draw it by hand. The children were then given a brain scan, during which they were shown their shape or letter again.

Results of the brain scans showed that the children who drew the letter or shape by hand had heightened activity in three brain areas – the inferior frontal gyrus, the posterior parietal cortex and the left fusiform gyrus – which are also activated when adults read and write. This effect did not occur in the children that had traced or typed their letter or shape.

On these results, study leader and psychologist Karin James comments, “when a kid produces a messy letter, that might help him learn it.” She adds, “it’s not just that you’re using your hands to create the letters, because typing seems to be different than handwriting. It’s that you’re actually creating those forms with your hands. That seems to be making a difference.”

Writing by hand has also been linked by other research to children learning to read faster, coming up with more original ideas, and enhanced activity in the parts of the brain that control working memory, compared to typing. This increased ability to learn, along with the memory boost, may also apply to adults.

Here at The Alternative Daily, we have discussed the benefits of journaling quite a bit. Not only can journaling help you collect your thoughts, let out stress and understand your own thoughts and emotions better, it has other health benefits, as well. Keeping a journal and writing in it regularly has been linked to increased immune system strength, as well as relief from some symptoms of asthma and rheumatoid arthritis.

For those who either can’t fall asleep or who wake up during the night due to stress, bedtime journaling – or journaling when you wake up worried about something – may help significantly.

Journaling can also help with conflict resolution, as you can view the issue on paper with more clarity. It can even aid in weight loss, particularly if you set and outline your goals and write about your experiences during the process. 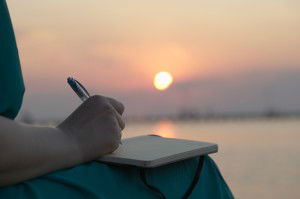 Due to the research suggesting the benefits of handwriting, it may be highly beneficial to handwrite your journals rather than typing them out. While it may take a bit longer, it might just help you get deeper in touch with yourself and your ideas, as you may find that the process helps you internalize what you write on a deeper level.