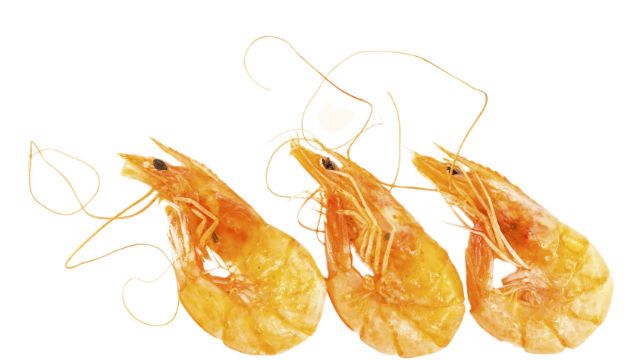 Our reliance on plastic is one of our biggest environmental issues. Plastic bags, bottles, packaging and more can take centuries to break down, and accumulate by the ton in oceans and landfills worldwide.

Plastic is usually made from petroleum, the drilling of which also causes significant harm to our Earth.

Harvard University Wyss Institute researchers have recently developed an innovative material which may significantly help us prevent further plastic pollution. They have successfully manufactured a completely biodegradable plastic using the shells of shrimp and other crustaceans.

Chitosan, a component of crustacean shells and insect bodies, is a variety of chitin, which is the second-most prevalent organic compound on our planet. As researcher Javier Fernandez explained to CBS News, “copepods alone… produce a billion tons of chitin per year. In other words, in the last twelve months they have produced the same amount of chitin than all the plastic we have produced since 2009.”

The shells from the millions of pounds of shrimp consumed worldwide are usually either thrown away or used in fertilizers. Instead, they could be, as the Harvard researchers have demonstrated, used to make a wide array of plastic items, from garbage bags to diapers to cell phone casings. The material has been named “shrilk,” and is composed of chitosan, coated with beeswax to make it waterproof.

The truly remarkable thing about shrilk, besides the fact that it can biodegrade completely in just a few weeks, is that it returns nutrients into the soil as it biodegrades.

The Harvard researchers have experimented with this by growing plants, including a California black eyed pea plant, in soil enriched with the decomposed chitosan bioplastic. They found that new plant growth thrived in the soil.

The researchers also say that manufacturing the shrilk takes a very small environmental toll compared to manufacturing other plastics.

Donald E. Ingber, director of the Wyss Institute, says, “there is an urgent need in many industries for sustainable materials that can be mass produced. Our scalable manufacturing method shows that chitosan, which is readily available and inexpensive, can serve as a viable bioplastic that could potentially be used instead of conventional plastics for numerous industrial applications.”

While the impact of the method used to collect the chitosan – harvesting creatures for their shells would be very damaging to the environment, not to mention cruel – needs to be carefully considered. If we were able to use the shells from crustaceans already consumed, shrilk could be an exciting alternative indeed. Without petroleum plastics polluting our environment, our world’s future would look a bit brighter.