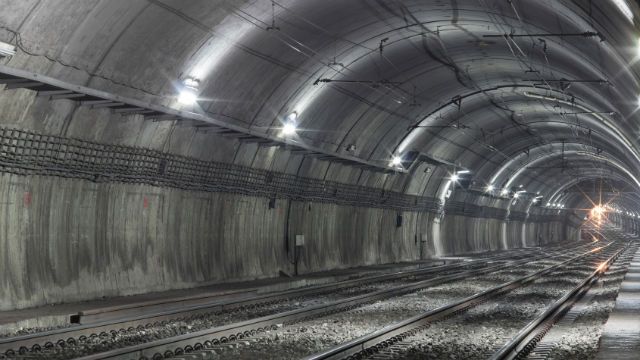 Antibiotic resistance is a scary concept, but how close to home is the problem, really? Apparently, it’s already lurking in our transit systems.

Last summer, a group of high school students, including high school senior Anya Dunaif, swabbed New York City’s subway system for bacteria, as part of Rockefeller’s Summer Science Research Program. The NYC subways are frequented by over five million commuters, so it seemed like a pretty bacteria-laden place to search.

At the end of the subway-swabbing, Dunaif and her young colleagues had collected 18 swabs to test. The swabs were placed in Petri dishes with one or more of three common antibiotics: ampicillin, kanamycin and chloramphenicol. The students wanted to see if the antibiotics would work against the bacteria.

Along with swabbing around the subway, the students tried to collect bacteria swabs from ticket machines, but did not get enough DNA.

Results showed that on 5 of the 18 swabs, bacteria flourished despite treatment with ampicillin or kanamycin. On one of the swabs, bacteria grew even though both of the aforementioned antibiotics were present. The students did not find any bacteria that seemed to be resistant against chloramphenicol.

On the experiment, Dunaif stated, “although I knew resistance is considered a serious threat to modern medicine, I went into this project not certain what to expect. I wasn’t even sure we would see antibiotic-resistant bacteria, let alone multi-drug resistant bacteria. Now we hope to build off the work I did over the summer by searching for more types of antibiotic resistance in more stations.”

It seems the bugs are here, and may be even closer to us than the subway. What can we do about it? There are several things. The first and foremost is to only use antibiotics when we really need them – so that they’ll stay effective for when we really need them. Luckily, there are a number of foods with powerful antimicrobial properties, which can often help with the non life-threatening stuff.

Additionally, staying away from antibacterial soaps and cleaning products (which aggravate the problem), and washing our hands with natural soaps when appropriate, are key behaviors to adopt.

It’s our future – let’s not let bacteria rule it. Any little bit we can do now to nip antibiotic resistance in the bud helps.