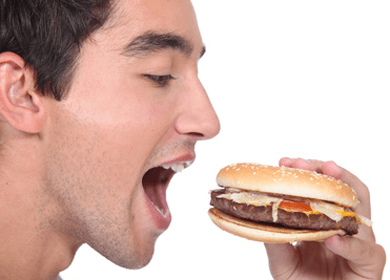 Horsemeat has been in the news quite a bit lately, including one of our recent articles in which we wrote about the detection of the meat in Burger King’s hamburgers in the United Kingdom. Since then, food regulators have uncovered horsemeat disguised as traditional beef in school cafeterias, hospitals and frozen lasagna dinners across Europe. The scandal has prompted a number of product recalls as well as the disdain and horror felt by consumers.

A recent article penned by ThinkProgress notes that compared to the “dangerous pathogens hiding in U.S. produced meat,” Europeans should consider themselves lucky. In essence, if Americans were to replace their own beef patties with European horsemeat it would be a marked improvement.

Unsettling? Yes. But it is the unfortunate truth. The issue with horsemeat in Europe was mainly a problem of the unappetizing thought of eating what’s often considered a pet, especially here in the states in addition to the fact that Burger King didn’t really know what they were serving in said burgers.

No matter how queasy it might make us, horsemeat poses little health risk. We obviously are not advocating eating our horse friends, merely pointing out what is predominantly being served in the U.S. as “food” is actually far worse.

Scary statistics: Food-related illness and death in the U.S.

What is truly frightening is the statistics of food-related illness and death on our side of the pond. Americans may not be getting horsemeat in their burgers, but they are often getting a dose of deadly bacteria such as salmonella or E.coli in their beefy meals.

The Center for Disease Control estimates that 48 million Americans get sick, 128,000 are hospitalized and 3,000 die due to bacteria in meat. Within the entire European Union there are approximately 45,000 illnesses and 32 deaths related to contaminated food. If that doesn’t sound like a big difference to you, consider that this means 15 percent of Americans are stricken with food-borne illness compared to just .00009 percent of Europeans. 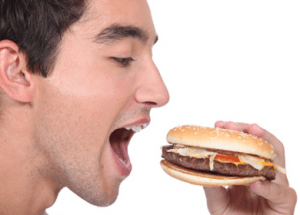 Big business and the almighty dollar trumps the health of citizens

ThinkProgress also points out that American meat often exceeds the levels of contamination considered unacceptable in most of the rest of the developed world. Other countries have refused shipments of American beef due to exceeding contamination limits – and because our restrictions are more lax, if in place at all, the beef can be returned to the U.S. and sold to Americans.

Residues of veterinary drugs, pesticides and heavy metals frequently enter our food system when producers bring the animals that have these toxins in their system to slaughter.

What can concerned citizens do now?

If you choose to eat meat, be sure to buy organic, grass-fed meat; supporting farms that caretake the environment and their animals, ensuring they are raised in an ethical manner while providing the healthiest choice for you and your family.