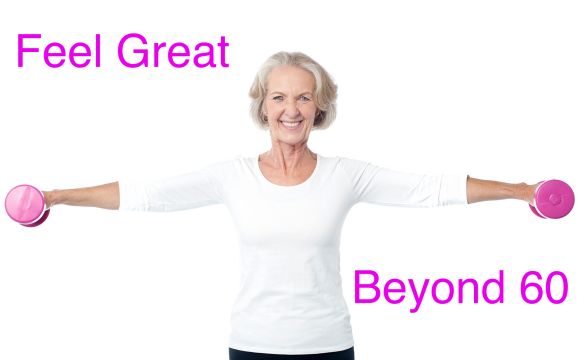 We’ve all heard the saying, “You’re as young as you feel,” but is there any truth to that?

These inspiring individuals are well past 60 years of age and still live life to the fullest. What’s their secret? With their youthful looks, mental acuity and ability to remain active, it’s safe to say these ten people have found the secret to vitality: clean eating and natural, active lifestyles.

Sam “Sonny” Bryant, Jr.
Sam, or Sonny, is a 70-year-old with a surprising occupation. He has been a professional bodybuilder for 26 years! He attributes his health and fitness to his daily regimen. He exercises twice each day.

At a bodyweight of 176 pounds, this senior athlete can lift 405 lbs! His advice to others: Don’t choose exercises based on your age, select workouts based on your body’s condition. He eats a high-protein diet consisting of 180 grams of protein each day from eggs, meat and supplements.

Sonny doesn’t feel old. He says he likes to keep his mind and body busy. According to Sonny, “A lot of young guys, they go home, sit around, watch TV and do nothing — I’ve seen a lot of young guys who are older than me.”

Annette Larkins
Unlike Sonny, Annette is not a bodybuilder, nor is she involved in athletics. This 73-year-old attributes her youthful appearance and liveliness to her food garden. She looks so young, in fact, that people ask if her husband of 57 years is her father or grandfather!

Feeling as youthful as she looks, she grows her own food, collects her own rainwater, makes her own stylish clothes and has produced health and nutrition books and videos. Everything she eats, she grows herself. Her diet contains no pesticides, genetic modification, preservatives or additives.

While she chose this whole-food lifestyle, her husband did not. Unfortunately, he suffers with diabetes and high blood pressure. His wife won’t even take an aspirin. She has been living a whole food, plant-based diet for roughly 30 years.

Charles Eugster
This 95-year-old bodybuilder and runner rediscovered his youth when he was 87 years old. He retired from his life as a dentist when he was 82. Afterward, he says he entered a late-life crisis. Noticing how overweight and old he was becoming, he began to seek a way to turn back the clock.

Charles joined a bodybuilding club and began rowing and running. He also took up activities that would help him in his old age, like learning judo to be able to fall in a way that is safe. With these changes, his health improved, as did his external appearance. He decreased his risk of Alzheimer’s with muscle growth and improved his circulation and posture.

He is now so fit that he broke the M95 World Record for indoor 200 meter sprinting. According to Mr. Eugster, “In my opinion anyone can do it. But obviously it’s like trading your old car in for a new one. If you have taken care of your old car, it won’t cost you so much. But if you have neglected your car, it’s going to cost you a lot.” He believes it is silly to give up on your health after the age of 65. By that time, taking care of your health is vital to ensure that you can continue living and enjoying the things you love.

Karyn Calabrese
Karyn has been preaching the benefits of clean eating for 20 years. She owns four restaurants, a line of healthy food products, and has written books about healthy living. Although she considers herself to be a vegetarian, she says she doesn’t fit the mold. Instead of trying to stick to a label, Karyn recommends letting your food journey be a process that you can enjoy and learn from.

She attributes her vitality not only to her clean, plant-based diet, but also to remaining active. Writing books, creating products, and overseeing her restaurants gives her energy and brings her joy. Vitality is a way of living and food is only a part of it.

Early in life, she began to realize that the women in her family started out tiny like she is, and later grew to be large. They all died when they still had roughly half their life left to live. Afraid of developing degenerative diseases and dying young, she began her journey toward better health and is continuing to accomplish so much at the ripe age of 68.

Jim Morris
Elton John’s former bodyguard Jim Morris defeated the color barrier in bodybuilding and promotes a plant-based lifestyle. Unlike many seniors who remain youthful due to a clean diet, Jim only began to change his lifestyle at the age of 50.

Although he was fit for the majority of his life due to his bodybuilding activities, Jim attributes his longevity to his diet. He said that even though he looked good externally, he still suffered from health problems until he changed the way he ate. At the age of 79, he is PETA’s oldest vegan pin-up for informational advertisements regarding the prevention of illnesses through healthier eating habits.

Christie Brinkley
Former supermodel Christie Brinkley is renown for her ageless appearance. She attributes her youthful looks to her predominantly plant-based lifestyle, although she occasionally indulges in oysters and fish, which are high in antioxidants and omega-3 fatty acids. In that way, she is like Karyn Calabrese and doesn’t quite fit the vegetarian mold.

Christie focuses on eating healthily and promoting healthy lifestyle choices. She promotes sustainability as well as health. Her skincare line is stored in glass containers instead of plastic bottles. Christie is a busy bee, also owning and operating a line of hair extensions.

At the age of 61, she shows no signs of stopping. Other than remaining busy and eating well, she promotes the use of exfoliants. She believes the reason men typically appear five years younger than women is because they remove dead skin cells every time they shave.

Sunny Griffin
Like Christie, 74-year-old Sunny Griffin is a former supermodel and natural health advocate. She eats seafood and whole foods. The majority of her diet consists of raw fruits and vegetables. She said that she began eating more raw foods when she was a supermodel. Sunny felt pressured to remain both thin and energetic for her job, but was also pressed for time. As a result, she began carrying to-go pouches full of raw veggies and fruits so she could eat while waiting in traffic or walking to her next shoot.

She eats not only raw produce, but also raw fish. She consumes rice but enjoys natural brown and red rice instead of eating refined carbohydrates and enriched white rice. She stays in shape with yoga, pilates, ballet and hiking. She enjoys the sun and does not use commercial sunscreens. Instead, she opts for natural skin care using only raw botanicals. 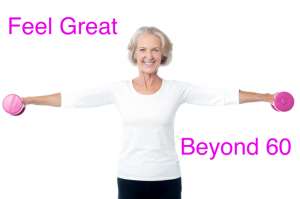 Mimi Kirk
Mimi eats only unprocessed whole foods and has done so for over 40 years! Now at 75, Mimi has been named PETA Prime’s first award winner for “Sexiest Vegetarian Over 50.” She does not attribute her youthfulness and vitality to a vegan lifestyle, saying that even vegans can eat junk food.

Mimi says that eating whole foods and incorporating more raw foods is more important for a truly healthy, balanced lifestyle. She remains mentally active and physically engaged. Mimi is a best-selling author, chef and lecturer. She says that she feels like she is still in her twenties. Now that’s vitality!

Linda Wood-Hoyte
Linda has been a professional bodybuilder since she was 39 years old. Now at 72, she has starred on the Steve Harvey show to demonstrate how she stays so young. She attributes her health to her maintaining muscle mass, remaining active and eating healthily. She says the reason so many Americans need supplements is because they are not getting enough nutrients from their processed-food diets. She also recommends that people eat more vegetables to remain healthy throughout their life. Finally, she recommends incorporating cardio workouts into a healthy lifestyle in order to prevent heart disease, which is the leading cause of death in the U.S.

Ernestine Shepherd
This 78-year-old woman has been awarded the title World’s Oldest Performing Female Bodybuilder by Guinness World Records. Not only is she a bodybuilder, but she also runs 5K and 10K races and marathons. Despite all the activities, she says she rarely feels aches or pains.

She takes active measures every day to ensure a healthy lifestyle and promote longevity. She met with a personal trainer to condition her body to accomplish her goals. She also hired a nutritionist to guarantee proper balance. She eats several small meals each day that consist of whole foods. She eats plenty of brown rice, eggs, chicken and vegetables.

She says that her healthy lifestyle is not limited to the way she eats and the way she works out. She tries to maintain a positive outlook and tries to find fun in her work and everyday activities. She also repeats positive affirmations. Her life-long mantra is, “Determined, dedicated, disciplined to be fit.”

So what do these people have in common?

Even upon retirement, all of these people remain active creators in their own lives. Regardless of what they are told about aging, they stay active mentally and physically. Each individual is in control of his or her destiny and is willing to give up conveniences and excuses to accomplish his or her goals.

They believe in themselves and in the power of a healthy, balanced lifestyle. Every one of these people, regardless of their diet, eats whole, natural foods and avoids processed junk. If going by the lifestyle choices of these ten examples of agelessness, the way to extend our youthful bodies and minds is to eat real food, remain physically and mentally active, continue living our lives past retirement, and to keep a positive outlook on life.

Youthfulness is not just our physical appearance, but the way we choose to live. How are you active in your health destiny? In what ways can you improve balance and overall health for an ageless mind, body and spirit?