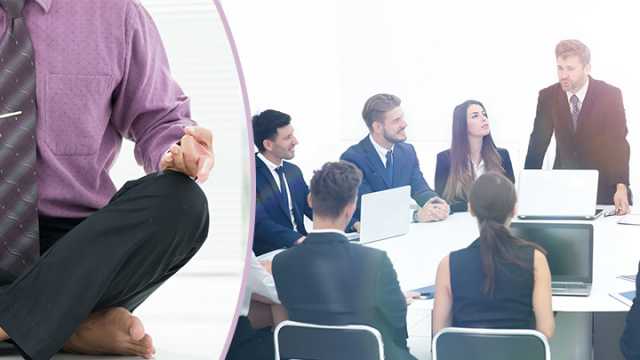 Mornings aren’t for everyone. Some people stumble out of bed, tumble into the shower, robotically shovel some food into their piehole, and join the zombie-like masses in their bleary-eyed commute to work. That was my morning routine, before I discovered that I was doing it all wrong…

You see, how you start your day dramatically impacts the success of not only the following 24 hours, but your life in general. Many of the world’s most successful people, such as billionaires, CEOs and celebrities, have a carefully tailored morning routine that’s taken them from rags to riches in no time.

So what’s their secret? How do you turn the worst part of your day into the most productive and the hours you look forward to the most? Let’s dig deeper.

There’s one thing all successful CEO’s have in common: they get up early. Kara Goldin, CEO of Hint Water, wakes up at 5:30 every single morning without fail. She then immediately checks her emails to see what the day holds, then heads out for a nice long walk in nature to clear her mind and mentally prepare herself for the day ahead.

It’s time well spent. By the time most people are shuffling out of bed, she’s already wrapped her head around the day’s problems and has awakened her mind and body for the many challenges of the day. For CEO’s like Goldin, getting a head start on the rest of the world is one of her keys to success.

There’s a reason why CEO’s like Goldin make a point of getting in exercise first thing in the morning: there’s usually no time to do it later in the day. Between daily tasks, work meetings, meals and home life, there’s little time left over to hit the gym or get out for a run. Making morning exercise a permanent part of their routine means they never skimp on beating back those calories.

And it makes sense. Studies show that exercise can provide a wide range of health benefits that extend well beyond simple calorie crushing. These benefits include better general and health-related quality of life, better functional capacity and better mood states. All of which prepares our CEOs for the day ahead and ensures their continuing success.

It’s easy for high-profile execs to lose sight of what really matters in life, with family time often getting sacrificed to squeeze in more time at work. Not so with many of the top CEOs of today, who ensure they get plenty of family interaction in the morning before they head into the office.

Some CEOs sit down to a long and enjoyable breakfast with their loved ones, discussing the day ahead in a reversal of the quintessential “how was your day” dinner conversation. Others walk their kids to school, using the time to bond with their little tikes and reconnect with them. Squeezing as much time to be with the ones you love into your day as possible is an important part of being healthy and whole, and many successful people realize this.

The morning is a time of peace and quiet — what better time than that to get sucked into an important project that you’ve been putting off for ages? If you’re like most CEOs, it’s hard enough just hearing yourself think during the work day, with colleagues constantly badgering you, meetings eating up your time, and emails and calls left, right and center.

The early morning, however, is all about you. You’ll probably get more done in that hour or two before everyone else arrives in the office than the rest of the day combined.

For busy CEOs, conducting meetings or simply networking over a cup of coffee is an excellent use of their time. Meeting with someone over breakfast often ensures that they can make it home in time for dinner — something that many top execs struggle to achieve. It’s also a great time to meet with people, as the mind is typically sharper during those early hours than it is later on in the day.

In recent years, journaling has seen a massive rise in popularity. It offers a way to give a voice to your troubles and to clear your mind of excess clutter. This, in turn, has been shown to produce a wide range of health benefits. People who journal generally experience significant improvement in mood and feeling of well-being. They are more able to deal with adverse health conditions and diseases, heal faster and have a stronger immune system.

That’s why CEOs the world over make journaling a regular part of their morning routine. Spending just 10 minutes writing down your worries, exploring your plans, and documenting everything you’re grateful for can not only help to clear your mind for the day ahead, but better enable you to deal with stress and unexpected situations that may arise.

While we’re on the topic of mind-clearing, there are few things that can wipe the mental slate as clean as meditation. Many CEOs make sure they get at least 10 minutes of meditation in every morning before they head off to work, as it allows them to disconnect from their constant mind chatter and achieve elevated mental focus.

There are so many different varieties of meditation out there that it can be hard choosing one. That being said, I find that simply getting back to basics and just sitting or lying in a comfortable position and focusing on deep breathing can provide all the escape you need to see you through the day.