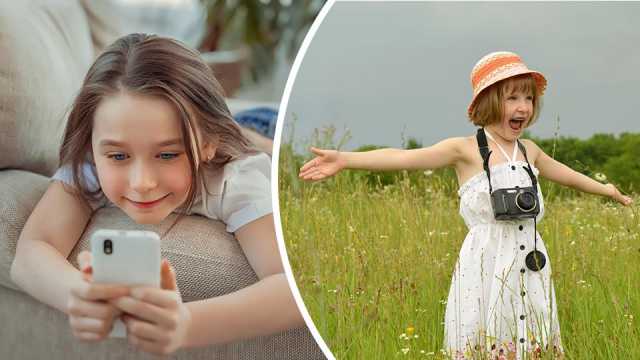 I grew up in an era where technology was sort of outside the box of daily living. Yes, new discoveries and advances were being made all the time, but many of these did not filter into my childhood or impact the way I lived my life. I still remember the little antenna we had on our roof and the dial box we used to move to get a better signal on the television. Or, the little table tennis game my sister and I played on the tiny black and white television with the dying picture tube. My telephone was connected to a cord and it was a huge deal when we got a microwave oven! The very first mobile phone was created when I was just seven years old — although I did not actually own my own phone until some 15 years later.

The birth of the Internet

On August 1, 1991, the World Wide Web became available publicly. I remember being in awe of this technology and what it would mean for future generations including my children who were not even yet born. While the web opened up a great door of opportunity, it also invited in many undesirable things.

By the time I had my first child in the mid-90s, technology was moving fast and furious. Electronics of all kinds were becoming more affordable and making their way into the lives and homes of millions of Americans.

With the birth of my first child, I was determined to always be aware of my childhood. I made a personal pact with myself to raise my kids to enjoy all of the fond memories. My children would learn how to build forts, play in the mud, ride bikes, craft, volunteer and love and respect nature. None of these activities required technology, yet all of them were such an integral part of my upbringing that I did not want to deprive my children of what had brought me so much joy and shaped me as a person.

I had the great blessing of being able to homeschool my three children, which gave me that much more control over how they spent their free time. We had a few hours each day of academic study and the rest of the day was spent just being kids. This meant playing outdoors, hiking, swimming, fishing, camping, flying kites, volunteering at the local nursing home, riding horses, planting flowers and making things with their hands.

Technology becomes all the rage

My third child was born in 2001, six years before the introduction of the first Apple iPhone but in the midst of warp speed technological advances. Video gaming was all the rage and kids were beginning to replace time spent outdoors with hours in front of the television.

We only had one personal computer, a cell phone and a television with a VCR at this time. I still had a good grip on what part of my children’s lives were impacted by the storm of technology. Watching a movie was a treat and something that happened only very rarely — perhaps on a rainy day when my kids were finished jumping in puddles!

Even as my children reached their teens and technology was even more readily available, I worked hard to keep it from stealing time from our family and put stringent boundaries in place to protect us all and reduce any temptation.

My eldest daughter got her first cell phone when she was 15 and this was just to keep her safe when she was off riding her horse alone in the middle of nowhere! She had a total of four contacts: her mother, father, grandmother and a dear friend in the nursing home! We also had one totally electronic-free day a week where we spent time together as a family.

This is a far picture from what we see today. Toddlers running around with pacifiers and iPads and elementary kids with unfiltered cell phones and access to the wide open web where “anything goes.”

While my children were busy figuring out how to catch salamanders in the creek, kids today are trading secrets to advance to the next level of their favorite game or texting while sitting in school. It saddens me when I see a family sitting down for dinner at a restaurant and all members are plugged into their phones. But, this is the reality of the world we now live in — technology seems to rule and salamanders are not nearly as interesting as they used to be.

But why? Why does technology have to rule? I argue that it does not have to and it is up to parents to shape their children’s upbringing.

How can you stop your children from becoming addicted to technology? Parents, it starts with setting an example. Your young child watches you and absorbs your every action like a sponge. Children mimic their parents, this is true. If you are on your phone or computer all the time, this is what becomes familiar to your child and they desire to do the same. On the other hand, if you spend a significant amount of time outdoors, planting flowers, hiking, fishing or riding your bikes, your child will find this activity familiar and comfortable.

So, tip one is to live your life as you would like your children to live theirs. Yes, if you are like me and make your living online, it is not always easy to hide this from your young children. However, you can explain, the best you can, that your work requires a computer and telephone while spending as little time as possible apart from work online. When I first worked online from home my kids were pretty little. I did my best to work during nap times and in the evening so I was available during the day to set a good example.

I think a lot of parents today have a difficult time saying no to their children. I can promise you that when I raised my three girls, “no” was one of my favorite words. When I said no, my kids knew what it meant and respected it. Remember, you are under no obligation to explain to your children why you say no; just say it and leave it, no more words are necessary.

Setting boundaries is something every parent must do for themselves and their children. Raising my kids in the explosion of technology meant setting boundaries. Yes, you can play that game for one hour each day but no more, or Friday night is family movie night but otherwise the television stays off. Or, yes, you can have a cell phone but only for emergencies — in other words — you get a track phone with no Internet. Or, no cell phones at dinner, no cell phones when we go out as family and we all unplug at least one day a week.

Remember, when you set boundaries you are not being cruel, you are being loving. Kids need boundaries and they look to their parents to set them.

Use technology for good things

My kids had experiences with technology but it was within the confines of my direction as their teacher and parent. We used technology for homeschooling and we used a cell phone to stay in touch with friends and family. We even had family nights where we played on the Wii together as my kids got older. This allowed my children to have a healthy respect for technology without allowing it to rule their lives.

What this requires is that parents don’t use technology as a babysitter. Don’t replace the time your children want to spend with you by giving them a computer or phone or video game in their early years. What they desire and require is to spend healthy time with you — lots of it!

While we can’t stop technology from advancing, you can still do much to keep your children from becoming addicted to its enchanting promises. No, your teen does not necessarily need a smartphone, or an X Box in her room. No, you don’t need 100 channels on your television.

Stay firm in your convictions to raise your children without an attachment to technology and encourage them from a very early age to learn how to play — play like kids used to play!