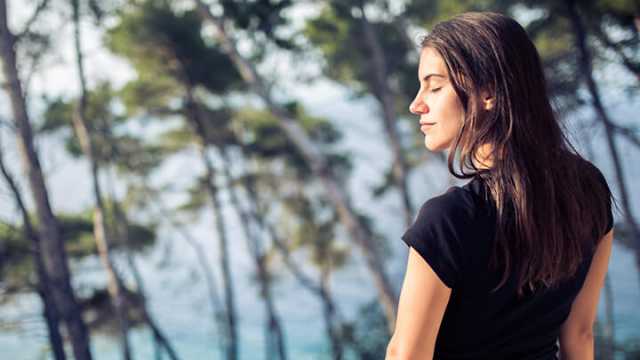 Let’s face it, we’re all trying to improve our health, especially with chronic disease on the rise. Stress levels are also through the roof these days. In order to decompress and unwind, we need to give our bodies a break — and our minds as well. It’s never been a better time to practice mindfulness.

The art of yoga and mindfulness has a lot of folks interested in improving their life, but how do you achieve this supposed peaceful balance? Does it even work? How is it that something so simple can have such a dramatic impact on your health?

Research shows that mindfulness helps us in a number of ways. It benefits body awareness, regulation of emotion, self-awareness and regulation of attention. If you have been contemplating on whether or not you should practice mindfulness, just know that you will most certainly be doing your body and mind a favor.

What is mindfulness and why should I care?

Negativity is a powerful thing — just as positivity can change your life. We are surrounded by chaos on a daily basis. For many, it is overwhelming. Sometimes, we need to just step back and re-group. For me, I head out into nature, listening to nothing but the sounds of crunching leaves and birds.

In its most basic form, mindfulness is achieving awareness. It is remaining conscious in the present. Whether that means you acknowledge bodily sensations, thoughts or feelings, it is a highly effective and beneficial therapeutic technique that can truly benefit your health. You want to feel without passing judgment, helping you achieve a higher level of concentration and control.

Exclusive: No Time For Meditation? Try These 5 One-Minute Mindfulness Exercises

As I continue to become more involved in mental health research, I too have begun recognizing the benefits of mindfulness — it’s definitely not a bunch of trendy talk. With its vast history in Hinduism, Buddhism and yoga, mindfulness is a core element of meditation and in turn, a more peaceful, balanced life.

Here are just some of the reasons why you should practice mindfulness:

1. It can reduce emotional distress 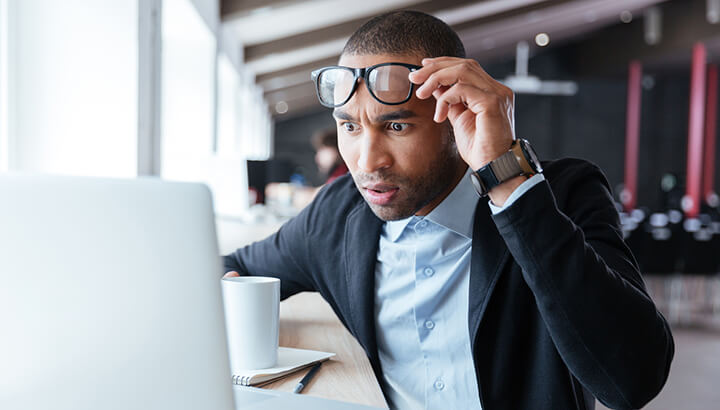 For some, the daily stresses of life tend to get on top of them, causing issues surrounding emotional distress. When you combine negatively biased cognition and emotional instability, you increase your predisposition to emotional disorders, including anxiety and depression.

As stated in a study, published in the Canadian Journal of Psychiatry, mindfulness allows you to pay attention to more relevant aspects of experience, viewing them in a less judgmental manner. This can help individuals reduce the effects of rumination, which causes individuals to repetitively think about negative emotional experiences.

As you practice mindfulness, you will gain greater control over your emotions and, in turn, more rational control over stressful situations. Instead of dwelling on the past and recreating negative emotions, you will learn to focus on the present, as you improve emotional intelligence. After all, in this life, we need to learn to let things go. Negative emotional baggage threatens our physical health.

2. It may enhance cognition

Cognition involves neural activities that lead to knowledge, including reasoning, memory, language and attention. Researchers have found that long-term meditators are able to enhance these executive functions. Short-term mindfulness may also yield similar benefits. Meaning, you do not need to be a veteran in order to truly benefit.

More importantly, those who participated in mindfulness training significantly improved their working memory, visual-spatial processing and higher executive functioning. Within just four days, researchers concluded that participants could enhance their ability to sustain attention — something that has been reported among long-term meditators.

From depression to pain, clinical psychologists have been utilizing mindfulness to help treat their patients. In terms of mental health, the benefits are fairly obvious. This practice can reduce stress levels, irritability, negative thinking and poor mood — but it can also target pain and physical symptoms.

Mindfulness has been shown to reduce pain based on emotional reactions. Recent trials found that mindfulness can reduce average pain unpleasantness by 57 percent. Accomplished meditators have shown reductions up to 93 percent. This is critical in terms of treating a wide range of ailments.

On the opposite end of the spectrum, we are seeing devastating effects based on the overuse of pharmaceutical drugs. According to the Center for Ethics at Harvard University, new prescription drugs yield a one in five chance of causing serious reactions after approval. Based on these possible side effects, patients are looking for alternative options.

In terms of mental health, therapy options such as cognitive behavioral and mindfulness-based therapy can be very effective. Most importantly, they’re non-invasive. Before you opt for powerful medications, it’s important to explore your options, including mindfulness training, a more balanced diet, exercise, greater sleep quality and stress management.

4. It can help save a relationship 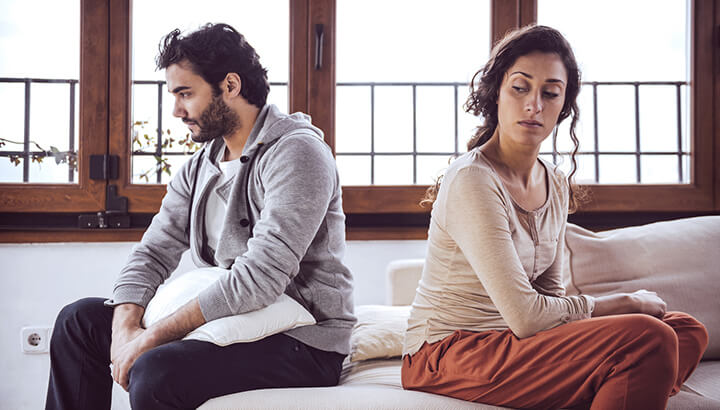 All relationships have their ups and down, especially during times of increased stress. Believe it or not, mindfulness may actually help. Researchers have found that it can positively impact interpersonal relationships. Within one study, researchers observed relatively happy, non-distressed couples. Those who practiced mindfulness saw improvements in what they referred to as relationship happiness.

These individuals also exhibited healthier, more ideal levels of relationship stress and stress coping efficacy, as well decreased overall stress. This makes sense, as mindfulness strengthens our ability to calm ourselves during moments of distress. Just imagine, being able to feel your emotions — whether they be sadness or anger, without reacting in that moment.

If you are a couple who tends to get into heated arguments, wouldn’t you like to calm those screaming matches before they begin? We all know that, in the moment, an argument can quickly snowball into words you later regret. When practicing mindfulness, you are able to maintain higher levels of control and avoid these tense situations.

5. The benefits keep on coming

Once you begin to regularly practice mindfulness, it appears that the benefits will continue, even if you’re not actively meditating — especially in terms of emotional processing. This was found within one study, published in the journal Frontiers in Human Neuroscience. Researchers showed that mindfulness meditation changes the amygdala’s response to emotional stimuli — even if active meditation isn’t taking place.

Amazingly, mindfulness may also influence white matter in your brain. Within another recent study, researchers found that the practice of mindfulness meditation did, in fact, diminish age-related white matter degeneration in key areas of the brain. Similar findings have been reported in past studies, as mindfulness appears to increase gray matter as well.

These findings were seen after just eight weeks of mindfulness training, as gray matter concentration increased within the left hippocampus, the temporoparietal junction, the cerebellum and the posterior cingulate cortex. So, begin to rebuild your brain through meditation. 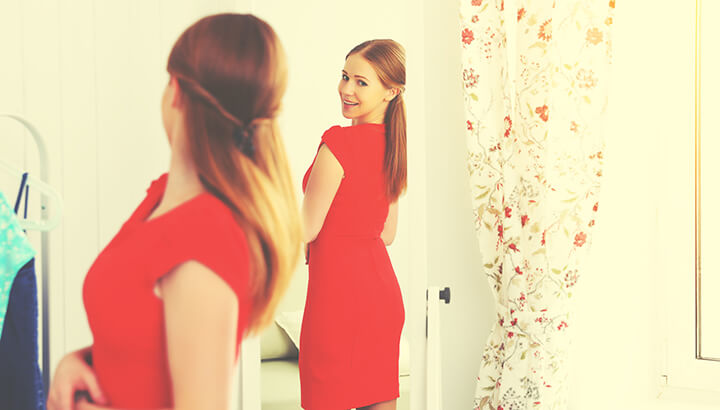 Among women, body dissatisfaction is an unfortunate reality, which continues to worsen based on modern media. Luckily, for those who struggle with self-compassion, mindfulness can be highly effective. Within one key study, published in Mindfulness, women were assigned to either a mindfulness meditation group or a control group.

Those in the experimental group received three weeks of self-compassion, mindfulness meditation training. When compared to the control group, researchers found that the meditation group experienced a greater reduction in body dissatisfaction, as well as body shame and poor self-worth.

Even more exciting, these effects were still reported three months later, showcasing lasting beneficial effects. This could help many women and men. Mindfulness will particularly benefit those who suffer from a variety of eating disorders and body dysmorphic disorder, as these are often life-threatening.

How to practice mindfulness

To begin practicing mindfulness, all you need to do is put in the effort and be open-minded. At the end of the day, you have one goal in mind. Try to achieve a state of focused relaxation, as you pay close attention to your current thoughts and sensations without judgment. Easy enough, right?

Sit quietly and begin to focus. Do you notice any body sensations? If so, where? What do you smell and what do you hear? Just go with the flow, paying attention to what pops into your mind without allowing emotion to take over. If you begin to lose focus, continue to redirect your mind to sensations in the present moment.

If you’re a beginner, the best way to start practicing mindfulness is to focus in on your breathing. Pay attention to the air that’s flowing into your nostrils, as well as the rising and falling of your stomach and chest. As you learn to truly concentrate, you can widen your focus. At the end of the day, practice makes perfect — so start benefiting your overall health today.