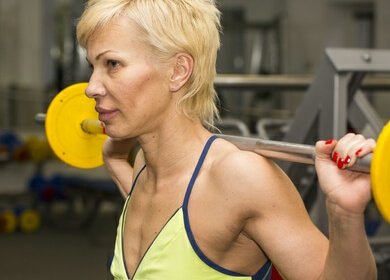 Have you ever stopped to think of just how heavy your head really is? The average human head weighs somewhere between 10 -12 pounds and must remain balanced over the spine in order to avoid neck, back and shoulder pain. The key to this stability rests with the muscles in the neck and shoulder region. They have the huge responsibility for keeping the head where it ought to be.

Muscle mass throughout the body is vital for health and the natural erosion of muscle as we age makes resistance training that much more important. Experts believe that we lose an average of 5% muscle mass every ten years after age 35. With this loss of muscle mass, however, comes stiff joints, poor posture, and a rapid increase in the risk of developing diabetes, heart disease and a number of other health conditions.

However, don’t fret…. muscle mass can be maintained through resistance training well into the latter years of life. When muscles are being worked regularly, the rate at which the muscle erodes is significantly reduced. Working muscles not only keep us healthy but looking great.

Muscles in the Body

There are about 50,100,000,701 muscles in the human body. Muscles fall into three broad groups including skeletal (the muscles that move our body), smooth (hard to define because it runs together but includes the lining of the stomach and muscles around capillaries), and cardiac (the heart of course).

While the number of total muscles stated above may seem grossly inflated, it is accurate to about 99% of all humans and includes all of the muscles in the body, even the ones it takes to raise our hair follicles. While you probably won’t need to be overly concerned about resistance training for hair follicle muscles, working the skeletal muscles and of course the cardiac muscle will improve health and promote longevity.

Now, many people work out with weights and resistance training equipment in order to build obvious muscle mass, develop the “six pack” abs and basically because they like the way muscle looks. There is no doubt about it, a finely toned bicep is more attractive than a sagging piece of skin blowing in the wind.

However, besides looking great, more muscle usually translates into better overall health. Researchers at the University of Michigan discovered that men who participated in a total body weight workout three times a week for 2 months dropped 8 points from their blood pressure readings.

This, according health experts, is enough to reduce the risk of stroke by 40%. Women, who have traditionally been drawn to more aerobic type exercise, also benefit tremendously from resistance training and should include it in their workout regime. Contrary to what some women believe, resistance training will not cause you to look like Popeye. 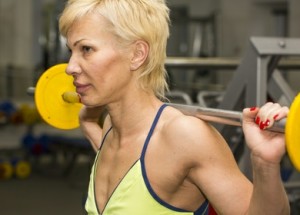 While the numbers on the scale may not drop considerably when you begin resistance training, muscle is denser than fat so you will be able to pack the same weight into a smaller space; thus, your jeans size will still drop and you will look and feel fantastic.

Other studies have also indicated that lifting weights is better than cardio at carving out abdominal fat – the kind that is associated with a host of diseases including cancer and diabetes.

Many people say that they do not have time to lift weights three times a week. Here is the good news, you don’t have to. Kettlebell swings, believed by some to be the perfect exercise, are a great way to work the heart and major muscle groups.

A fifteen minute high intensity session with kettlebells every other day will keep you toned and fit. Other exercise tools such as, resistance bands and medicine balls can also be incorporated into your workout to keep muscles in the game.

Doing some resistance training each week is better than avoiding it altogether. And remember, sit up straight and walk tall!