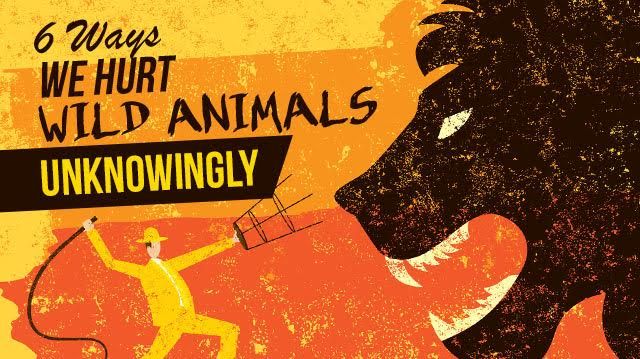 The calf in Yellowstone was returned to its herd but rejected by its mother and started approaching park visitors. Park officials had no choice but to euthanize the calf, as it was causing a traffic hazard. Removing the calf from Yellowstone for care was not possible, as the bison herd in the park has been exposed to brucellosis, a contagious disease they could pass to domestic cattle.

Abandoned babies
Every year, people bring baby animals to wildlife rehabilitators, believing the babies have been orphaned or abandoned. Unless you know that the mother is dead, leave baby wildlife alone. For example, does often leave their fawns for long periods to forage for food, and female rabbits spend only a few minutes daily nursing their kits. Even the best wildlife rehabbers can save only a small percentage of “abandoned” babies.

Turtles
Spring is turtle mating season, and you might see lots of turtles in peril on the road. Don’t “rescue” a turtle either by taking him home or by placing him on the side of the road from which he was coming. Wild turtles are not pets, and many species are illegal to own. If he’s crossing the road, he has a specific destination, so move him to the side of the road in which he was heading. Otherwise, he will just turn around and go back, increasing the likelihood of getting hit by a car.

Habitat destruction
Wherever you live, it was once a wild place. Whether it changed from a wild space to a developed one within past centuries or past decades, it was a habitat for certain species. Of course, we all need a place to live. Some wild species benefit from living near humans. Suburban development might as well have been designed for white-tailed deer, as green yards with wooded edges are the perfect environment for them. However, an exploding human population along with the desire to live in environmentally sensitive areas — such as ocean and riverfront properties — destroys the habitat of native species. Many of these animals are threatened or endangered, or have become extinct.

Light pollution
In many areas, it’s virtually impossible to view the night sky because of light pollution. All that light throws off the natural rhythms of many animals, especially nocturnal and crepuscular — meaning twilight — species. In the natural world, they should have far more active hours than they do in our “all light all the time” creation. This not only affects feeding, hunting, migration, sleeping and breeding habits, but it exposes vulnerable wildlife to more predators.

Trash and recycling containers
You probably take care not to litter. Littering is a major threat to wildlife and the natural world. You almost certainly use some kind of trash container, and if it’s not animal-proof, you are potentially harming wild — and loose domestic — animals in your neighborhood. Wildlife that lives in close proximity to people — including foxes, raccoons and bears — know that trash cans can hold some tasty treats. They also hold items that can harm them. Animals can get caught up in jars and plastic six-pack holders, and certain foods cause illness. Make sure all of your trash and recycling containers are certified animal-proof, and check the covers when you put them out for pickup.

Feeding wildlife
Most people think they are helping wildlife by leaving out food. In reality, it’s generally a harmful practice. Don’t worry about feeding backyard birds or even squirrels. They’re not usually a problem, and you can purchase food specifically designed for avian species.

Feeding other types of wildlife can make animals less afraid of people. That’s especially dangerous for frequently hunted species, such as deer. Other animals become a nuisance, and that endangers their lives and perhaps the lives of people in the case of bears and other large carnivores.

These are just a few of the ways we inadvertently harm wildlife. Become more mindful of sound, ecological practices, as well as the habitat, behavior and needs of common wild animals living among you.