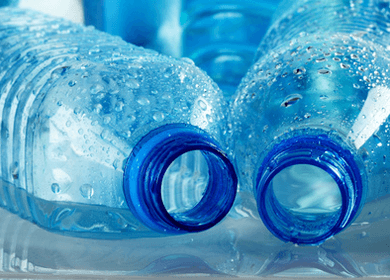 BPA (bisphenol A) – an organic compound that is used to make plastics, is considered an estrogen mimicker and has been identified as a significant risk for children by the FDA – even to the point that they recently banned BPA from baby bottles and children’s cups. But BPA is really a health problem for all of us. In 2010, Canada became the first country to declare BPA a toxic substance.

BPA is commonly found in polycarbonate plastic, which is clear and nearly shatter-proof, which is used to make plastic bottles used to contain cleaning products and most concerning, those containing food and liquids we consume – this includes the lining of many canned goods (a thin layer applied to keep the food away from the metal of the can). Other products that contain BPA include sports equipment, medical and dental devices, dental fillings and sealants, CDs and DVDs, household electronics, and eyeglass lenses.

The most important products to avoid are ones that come in contact with food – since this increases our chances of ingesting BPA – causing us the most serious health risk. Heating up products that have BPA can cause the BPA to leach into the product and you may end up consuming some of it. In addition, the temperature of some products when packaged is high enough that the risk of BPA leaching into the product is significantly increased (this is particularly a problem for BPA-lined cans).

Of significant concern to all of us is labeling, so we can understand how to avoid BPA. Unfortunately, there are no mandatory labeling requirements to know if a product, typically a plastic bottle or a can (that potentially has a BPA lining) contains BPA. To be safe, search for products stored in glass containers or that say ‘BPA free’.

While we certainly don’t want to become paranoid about all the harmful products around us, and the stress from this worry causing us health problems, we should try to avoid BPA and other estrogen mimickers. So next time you are out shopping, look for ‘BPA free’ on products you buy.

Have you gone BPA Free yet?