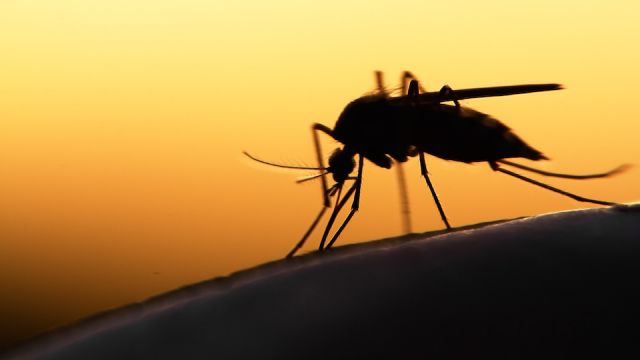 As summer heats up, more and more people are spending time in the wilderness and taking exotic trips to foreign destinations. However, other things are stirring as well. These dangerous diseases are passed by blood-sucking insects and could impact you, so it is important to know the symptoms and be on the lookout for any signs of infection.

What are vector-borne diseases?

Vector-borne diseases are infections carried and spread by a host, usually a blood-sucking insect, that then transmits that disease to another living organism. These insects ingest the disease-producing organisms through the blood of one infected individual, and then the bug infects the next person it feeds from. According to the World Health Organization (WHO), the combination of the major vector-borne disease accounts for around 17% of all deaths from infectious diseases. Many factors including poor waste management, sitting water, overcrowded housing, changes in agricultural practices, and limited access to clean water all contribute to the growing problem of disease-ridden insects.

However, no longer are region-specific diseases only found in a certain part of the world. More accessible global travel and trade means that more infections are crossing borders and affecting countries where such diseases were previously unheard of.

Where: Tropical and subtropical regions such as the Caribbean, Australia, South America, sub-Saharan Africa

What: High fever, severe headache, joint and muscle pain, nausea, and rash. The rash will usually appear between 3 – 5 days after the onset of fever, often starting on the torso and traveling to the arms and legs. May also produce a severe and sometimes fatal hemorrhagic disease called dengue hemorrhagic fever (DHF).

Where: Large areas of Africa and South Asia and parts of Central and South America, the Caribbean, Southeast Asia, the Middle East, and Oceania. About half of the world’s population is at risk.

What: Symptoms usually appear 7 to 30 days after the mosquito bite, and will usually include fever, sweats, headaches, malaise, muscles aches, nausea, and vomiting. Severe cases may produce complications such as brain disease, anemia, and kidney failure

What: Is characterized by a bull’s-eye” rash, fever, malaise, fatigue, headache, as well as muscle and joint aches. Can also cause chronic neurological and physical symptoms. Is often misdiagnosed, so it is essential to understand the signs and catch it early.

Though it may seem like only people in other countries and environments are plagued by vectors, America has its fair share of disease-laden insects. There is even a chance that you could contract one of these diseases on your next hike. Of course, that is not a reason to never go outside, as fresh air and contact with nature are essential. However, you should recreate safely and always take proper precautions against insects such as ticks, flies, and mosquitoes. These steps are especially necessary if you plan to visit a foreign country as you are more susceptible to various insect-borne diseases.

Though wearing long sleeves and pants may be the last thing you want to do when the temperature soars, a layer of clothing is the best defense against biting insects. Whenever you’re outside for an extended period of time, especially in a buggy area, wear lightweight, long clothing and closed-toed shoes with socks.

Sleep under a bed net

On your next camping trip, it is a good idea to cover your tent or hammock with a bug net to repel any harmful flying creatures. A motionless, unaware target is ideal for the blood-suckers so covering yourself while you sleep is essential.

Marsh and swamplands are breeding areas for ticks and mosquitoes. Not only is hiking in the mushy swamp kind of miserable, but it is asking for a wealth of bug bites, no matter how careful you are. Avoid areas with high grass off established trails or near a marsh area.

Apply an all natural insect repellent that doesn’t contain DEET. DEET is the most common insect repellent but has been called into question in recent years for its toxicity and chemical makeup. There are other effective repellents available that don’t contain harmful substances, but it may require a little research.

Avoid going outside from dusk until dawn

That moment of beautiful, breathtaking sunset when the sun dips below the horizon for the night is one of the most enjoyable moments of the day. However, it is essential to take extra precaution during this time because this is when insects love to come out and feast. Either avoid the dusk entirely or minimize your time spent outdoors in the evening. If you want to utilize an outdoor living space for a party or get-together, light citronella candles and plant insect-deterrent plants such as basil, marigold, and lavender.

Whenever you return from spending time in the wilderness, change your clothes and inspect your body for tick bites. They are often painless and easy to miss. If you find a tick, carefully remove it with tweezers while wearing gloves to prevent contact. Dispose of the tick in alcohol or by putting it in a sealed bag.