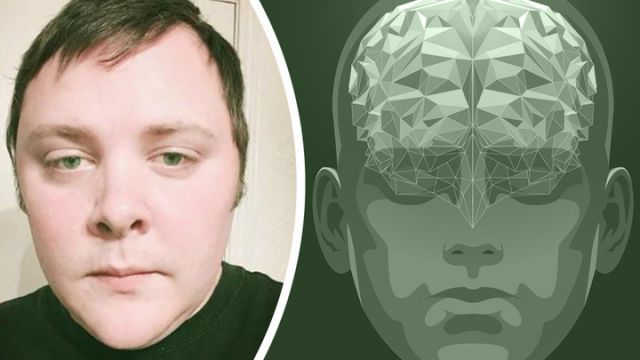 Devin Patrick Kelley, 26, was dressed in black tactical garb when he carried out his horrific attack at a church in Sutherland Springs, Texas, which left at least 26 people dead.

Authorities are still trying to piece together who this man was and what his motives may have been. But the impulses that drove him to commit mass murder are undoubtedly as dark as the outfit he wore while carrying out his deadly rampage. Here’s some of what we know about this killer.

Who was Devin Kelley?

Devin Kelley was in trouble personally, professionally and legally. Like many mass killers, Kelley was a misfit who couldn’t get along with others. He had joined the Air Force, but was court-martialed, sentenced to a year in a military prison and tossed out of the service in 2012 for assaulting both his wife and child. According to court records, his wife, Tessa, filed for divorce in 2012, which was granted.

After serving his sentence in a military prison, Kelley was dismissed from the Air Force with a bad conduct discharge in 2014. Later that year, he faced a neglect and cruelty to animals misdemeanor charge in El Paso County, but that case appears to have been dismissed.

At the time of the shooting, Kelley was living in a barn on secluded property belonging to his parents. According to neighbors, the shooter had lived there for some years with his wife and a 2-year-old child.

Mark Moravitz, who resides near the 28-acre farmstead where Kelley lived, said he often heard gunfire coming from the property. But the neighbors insisted that there was nothing unusual about that kind of activity because target practice and hunting are common in this isolated area.

Kelley stirred up trouble on social media before the attacks

Police are reporting that Kelley used an AR-556 semi-automatic assault-style rifle. In his Facebook profile, the killer can be seen cradling a similar AR-15 style weapon. In recent weeks, Kelley appears to have Facebook friended strangers in the vicinity of Sutherland Springs, but with the intention of stirring up trouble. According to one Facebook user, Jonathan Castillo, Kelley seemed bent on starting online arguments, which prompted many people to unfriend him.

Kelley also maintained a LinkedIn profile. He described himself as a “management consultant professional.” He also listed in his credentials that he taught Bible classes for children at the Kingsville First Baptist Church (which is not the church where Kelley instigated his rampage).

The authorities are still trying to piece together Kelley’s connection to the First Baptist Church in Sutherland Springs where the massacre took place. So far, all that’s clear is that Kelley’s in-laws were part of the congregation, but they were not among the victims. As Wilson County Sheriff, Joe Tackitt, explained, “We know that his ex-in-laws or in-laws came to church here from time to time. They were not here yesterday. So we don’t know why he actually showed up.” There is last-minute news that the gunman may have sent threatening texts just before the attacks, which is leading investigators to believe it may have been a “domestic situation.”

The psychology of mass shootings

At this time, a specific motive for the shooting remains elusive. Psychologists who study mass killers have identified a number of common denominators in the individuals that commit these types of atrocities. Typically, they are social misfits who experience an unbroken chain of personal failures (although they blame everyone else for their setbacks). Usually, there is a triggering event, too, such as a job loss or a divorce, which pushes a vulnerable person over the edge.

President Trump has described the Texas shooting “a problem of mental health, not guns.” Few would probably disagree with his assessment that the shooter was “deranged.” However, psychologists and psychiatrists caution that most people who are labeled “mentally ill” are usually not violent. Instead, mental health professionals say that it’s very hard to pigeonhole most mass shooters as psychotic, schizophrenic or using any other clinical term. That’s because most of these individuals have the capacity to distinguish fantasy from reality.

What many mass shooters do have in common, though, is a combination of these three traits:

Most mass shooters have depressive tendencies, but not to the degree that they qualify for an official diagnosis. Similarly, they frequently display antisocial behaviors prior to their outbursts, but usually not to the degree that they meet all the criteria for an antisocial personality disorder. What they do appear to lack, most explicitly, are coping skills that would allow them to recover from setbacks.

For some reason, mass shooters appear to be low-functioning people who for some reason or another just snap. According to psychiatrist Joe Pierre, at some point, their repeated setbacks and personal failures boil over in a murderous rage, which leads them to see violent action as the only way of overcoming the powerlessness they normally feel.

None of this justifies an episode of mass violence, of course. When an incident like this occurs, we naturally seek an explanation. Some believe easy access to guns is the problem and others single out mental health.

However, there’s evidence to suggest that the people who commit these mass atrocities are borderline normal (until their diminished coping skills are exhausted and they just snap). Perhaps there’s an opportunity in recognizing this. Collectively, we as a society need to do a better job of teaching citizens how to overcome adversity.