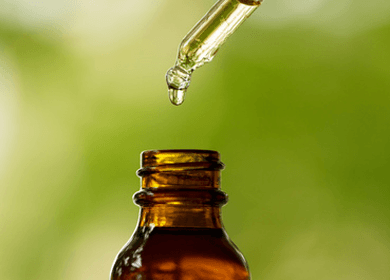 In our pill popping society, we have become somewhat overzealous in opting for what is seen as a quick fix to any number of common ailments. The problem is that more frequently than not, people are leaving their physician’s office with a prescription in hand for an antibiotic. Often the antibiotic will not help because what they have is a virus, not an infection.

However, when they go ahead and pop that pill they destroy all their healthy bacteria and make the body much more susceptible to infections for up to a year. Of even greater concern is that the overuse of antibiotics puts people in a position where they are extremely vulnerable to a potential deadly epidemic from antibiotic resistant infections.

The Center for Disease Control states that while it is sometimes hard to tell the difference between a virus and an infection, it is important that doctors take a culture to know for sure. The CDC has warned physicians about the dangers of over-prescribing antibiotics; however, the practice continues.

Colloidal silver has been gaining attention from all corners of the globe for what alternative medicine providers call its ability to act as a natural antibiotic. Colloidal silver, a liquid suspension of metal silver was used to treat a wide variety of ailments, including skin conditions and infections during the early to mid nineteenth century. Before the discovery of antibiotics, doctors used colloidal silver to fight bacteria and encourage the body to heal itself.

In the 1940’s the Food and Drug Administration began its campaign to run colloidal silver away with claims that it was extremely dangerous. However, proponents of colloidal silver state that the government was merely concerned about the impact that colloidal silver would have on the antibiotics industry.

Numerous research studies indicate that colloidal silver can be used to fight off infections and is effective in the eradication of over 600 disease-producing organisms including E.coli and Candida albicans fungus. According to health experts, colloidal silver is a natural broad-spectrum antiseptic with antifungal properties that reduces inflammation, fights infections and promotes rapid healing. Rather than destroying unhealthy bacteria, colloidal silver does its job, leaving friendly bacteria intact.

Although there remains great debate regarding the effectiveness of this liquid containing 99.9 percent pure silver particles, a quick look back in time reassures us that it is an effective alternative to what the pharmaceutical companies are offering today.
As with any natural treatment, it is best to choose only the highest grade of colloidal silver possible and check with your health practitioner before beginning treatment. When prepared correctly, colloidal silver is entirely non-toxic to humans.