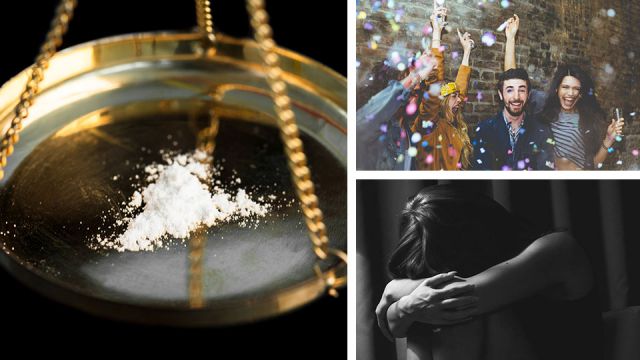 For people facing severe depression or suicidal thoughts, a recent study has found that the anesthetic, ketamine, can help. This news is particularly helpful for those already taking traditional anti-depressants, but not getting enough relief.

Older studies have already shown that the anesthetic can also be an antidepressant, but the more recent research also shows that for people with suicidal thoughts, there are positive effects within 24 hours.

Ketamine is a dissociative anesthetic that is most often used as an animal tranquilizer for operations, but is also used for humans who aren’t responding to the standard pain treatment. It was first used in the 1960s on soldiers on the battlefield. It is a clear, injectable liquid, but when used for other purposes — like as a party drug — it is often evaporated into a powder and mixed with other substances. Ketamine has been used as a date rape drug, but just as alcohol has also been used in that way, the key is in how it is used and for what purposes.

Side effects of ketamine

When using ketamine in a safe, prescribed way, either to treat depression or to numb physical pain, most people experience no side effects. However, some people can experience vivid dreams, mood swings, restlessness or high blood pressure and a fast pulse rate. A small dose of ketamine typically only causes feelings of euphoria, while larger doses are the ones that tend to cause hallucinations and even body paralysis. Long-term users of ketamine can experience bladder damage and panic attacks.

With most anti-depressants taking weeks to months to have any effect, the big news here is that ketamine could be a great short-term solution, especially in emergencies. It’s also being considered as a migraine treatment.

“Additional research to evaluate ketamine’s antidepressant and anti-suicidal effects may pave the way for the development of new antidepressant medications that are faster acting and have the potential to help individuals who do not respond to currently available treatments,” said lead researcher and psychiatrist Michael Grunebaum.

The study found that the positive effects of ketamine on suicidal thoughts continued six weeks after the initial dosage, though in combination with psychiatric treatment.

So far, the use of ketamine as an antidepressant doesn’t have FDA approval, though it is on the waiting list.

In 2010, there were almost as many suicides as deaths from car crashes (36,364 and 33,687 respectively). Suicide rates have increased by 30 percent between 1999 and 2010 in the U.S., and researchers are hopeful that ketamine can be just one part of the solution to that.

If you’re feeling suicidal, or if you know someone who is, reach out to a friend if you can. You can also call 911 and someone will come and help you. You can also call the National Suicide Prevention Lifeline at 800-273-8255 or chat with the lifeline online. People with depression but who may not call themselves suicidal are welcome to call the depression line of the Suicide Prevention Services of American at 630-482-9696.