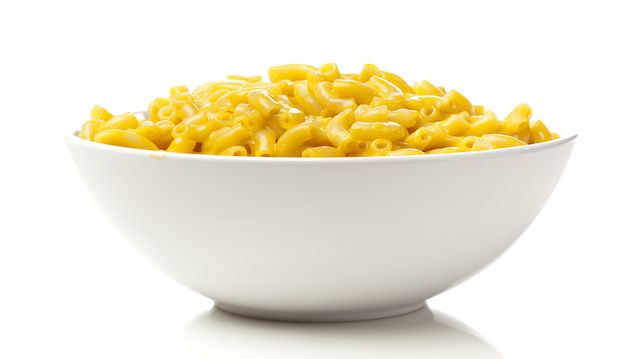 It’s changed — but it hasn’t

“It changed but it hasn’t,” boasts the new ad campaign for Kraft Macaroni & Cheese. What’s changed? Well, it seems that Kraft’s new Macaroni & Cheese will no longer be made with artificial flavors, preservatives or synthetic colors. Kraft’s going back to basics and replacing the synthetic Yellow 5 and Yellow 6 dye with all-natural curcumin, the powerful active compound that gives the spice turmeric its golden hue.

Kraft Dinner (KD) in Canada will follow suit, says Kraft, by removing synthetic colors by the end of next year in Kraft Dinner Original. In addition to turmeric, Kraft will also be using natural sources like paprika and annatto as coloring agents.

The move to natural coloring comes in the wake of some of the biggest names in food manufacturing, such as Nestlé, The Hershey Company and Frito-Lay, responding to consumer pressure to simplify ingredients on food labels and menus.

Change to the original recipe also follows intense pressure on Kraft from food blogger Vani Hari, who goes by the name “Food Babe.” Her petition on Change.org collected over 350,000 online signatures. In addition, the consumer advocacy group, the Center for Science in the Public Interest (CSPI) pressured Kraft to remove the synthetic coloring in their recipe since certain dyes can trigger hyperactivity in some children, they said.

However, according to Kraft officials, the move was unrelated to the pressure from activists. In fact, Kraft representative Lynne Galia stated that Kraft has been working on the changes for more than three years.

“We’ve met with families in their homes and watched them prepare Kraft Mac & Cheese in their kitchens,” said Triona Schmelter vice president of Marketing, Meals. “They told us they want to feel good about the foods they eat and serve their families, including everything from improved nutrition to simpler ingredients.”

Vani Hari is happy with Kraft’s decision, regardless of whether or not the company admits public pressure was the impetus for change. “Millions of families across the United States and Canada will finally get the same safer versions that have been available in Europe for years,” said Hari. “The double standard is finally ending for one iconic product and hopefully several more.”

The problem with synthetic dyes in food

We are continually being bombarded with synthetic dyes to make food look more appealing. Yet, the safety of products containing artificial colors has been a point of debate for decades. Synthetic dyes are thought to be toxic, carcinogenic and contributors to hyperactivity in children.

The Food and Drug Administration (FDA) is failing to protect children from the disturbing behavioral problems caused by artificial food dyes, suggests the CSPI. Evidence of the risks associated with the consumption of food dyes such as Yellow 5, Yellow 6, and Red 40 continues to mount since an FDA advisory panel last considered the issue in 2011, says CSPI. Some dyes such as Red 3 may even contribute to cancer.

Research suggests that a modest percentage of children are affected by up to 35 mg of mixtures of synthetic coloring, with larger percentages of children affected by doses of 100 mg or more. Prior to eliminating synthetic dyes and flavoring, the Kraft Macaroni & Cheese was found to have 17.6 mg of artificial dye per serving.

The benefits of turmeric

While turmeric is famous for giving Indian curry its unique flavor and color, it is also used to color mustard, butter and cheese. About five percent of turmeric is comprised of the active compound curcumin. Curcumin gives turmeric its golden hue. It’s also the compound that is responsible for turmeric’s incredible healing properties. In fact, curcumin is a wonder spice of sorts, helping to fight chronic inflammation and pain, rheumatoid arthritis, depression and diabetes. It’s also thought to help improve the skin and signs of aging, and even more remarkably, cognitive health and cancer, suggests Dr. Josh Axe.

Thanks to consumer pressure and health activists like Vani Hari, more and more manufacturers are eliminating synthetic dyes from their food products. Hari stated she hopes that Kraft will continue to remove all artificial food dyes from all their products, including Jello and Kool Aid.

Turmeric is not only a healthy alternative for synthetic food coloring, but it’s also an ethical one, particularly for foods like Kraft Macaroni & Cheese, which are widely consumed by children. Let’s hope even more manufacturers follow suit.

In the meantime, Kraft promises it’s iconic mac & cheese will still look and taste the same:

“Our loyal fans told us they don’t want their Kraft Mac & Cheese to look or taste different. We’ve worked hard so the new recipe will have the same look and taste that people know and love from the iconic blue box.”