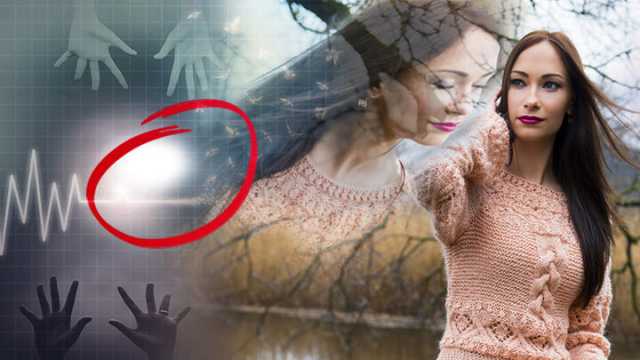 Can our spirits survive death and be born again? Many people, including experts, believe they can. The following three case studies are only a few of thousands of stories documented by experts like Dr. Brian Weiss, Dr. Jim Tucker and Dr. Raymond Moody.

The reincarnation of Jenny Cockwell

For as long as she remembered Jenny Cockwell knew she had lived before as Mary Sutton. Mary Sutton, an Irish woman, had died over 20 years before Cockwell was born. Her continual dream/memory left her worrying about the eight children that were left behind. Finally, after the birth of her own children, she knew it was time to search out her previous life. In her book, “Across Time and Death,” Cockwell tells the story of her reincarnation. Born in North London in 1953, Cockwell believes she had died in Malahide, Dublin in 1932 when her previous life as Mary Sutton came to an end.

Her story began when she was a child in the 1950s, haunted by images and memories of a town where she once lived. Cockwell drew pictures and used regression therapy to remember precise memories of her previous life. As a child, she was handed a world atlas and pointed straight to a map of Ireland. In fact, she even pinpointed the seaside town of Malahide in North County Dublin. The most vivid of all the memories was her death in 1932, at the age of 35.

Apparently, she had died in the Rotunda Hospital, soon after giving birth to her eighth child. “I remembered feeling so upset and guilty at leaving the children,” says Cockwell. “There was this sense of wanting to see what had happened to them and make sure they were alright.”

Cockwell’s memories were further vindicated when she tracked down a death certificate for Mary Sutton. She then made contact with Sutton’s surviving children Sonny, Phyllis, Betty, Frank and Mary. After convincing Sonny that she knew things about the family that only a relative could know, she compiled a profile of her former life. In 1990, she met Sonny — the man she believes she gave birth to in the previous life.

“He was amazed. After our first phone call he turned to his wife and said, ‘I think I have just been talking to my mother,’” recalls Cockwell.

The boy who remembers ‘Old Hollywood’

Dr. Jim Tucker, associate professor of psychiatry and neurobehavioral sciences at the University of Virginia, has studied children between the ages of two and six years old who say they remember a past life. In his book, “Return to Life,” Tucker details some of the 2,500-plus cases he has studied through the years. Ryan, a boy from the Midwest who claims he is the reincarnation of a man who died more than 50 years ago, is one of those cases.

At four-years-old, Ryan woke up screaming in the middle of the night, pleading with his mother, Cyndi, to take him to the house where he’d “lived before.” Crying, he’d beg her to return him to his life in Hollywood, where he once owned a big house, pool and a custom-made Rolls Royce. Ryan believes he once lived as Marty Martyn, a former movie extra who later became a powerful Hollywood agent. “I can’t live in these conditions,” he told his mother. “My last home was much better.”

Tucker’s book, and the chapter “He Came From Hollywood,” details Marty’s life through Ryan’s memories. Marty was born in Philadelphia in 1903. Marty had two sisters, which Ryan mentioned often. Interestingly, Marty’s mother even had curly brown hair, as Ryan had said. Ryan was right about many things, including dancing in New York. Turns out, Marty and one of his sisters went to New York to be dancers. He danced in various reviews on Broadway and his sister had even become a well-known dancer there.

Marty then moved to Los Angeles, where he enjoyed a Hollywood life  — just as Ryan had described. He then became a Hollywood talent agent where he had notable clients such as Glenn Ford. Ryan had also talked about people changing their names with the agency. And he spoke of Marty’s several connections to Rita Hayworth and Marilyn Monroe.

Marty was married four times and he was quite wealthy. Ryan remembers he (Marty) had driven around Hollywood in a green car and that his wife drove a nice black car. He remembered an African American maid, and that his wife had many helpers around the house. Ryan even remembers that his address had Rock or Mount in it. And, Marty Martyn’s last house — that fine home with the big swimming pool — was located at 825 North Roxbury.

When James Leininger was two years old, he began having terrible nightmares of crashing in a plane. James said he was shot down by the Japanese and that his plane took off from the Natoma ship. He also identified the site where he crashed —Iwo Jima — from a photograph. He also remembers his best friend Jack Larson.

The book “Soul Survivor: The Reincarnation of a World War II Fighter Pilot” written by Bruce Leininger and Andrea Leininger, chronicles the apparent reincarnation of their son, James. Iwo Jima, an island that the United States fought to capture in 1945, was indeed involved in the Battle for Iwo Jima. One pilot died in the battle, James Huston Jr. In addition, a pilot named Jack Larson was also on the Natoma.

What happens when we die?

Moody’s research has resonated with those searching for answers about the afterlife. His research has uncovered the modern expectations of what we will experience, such as the white light and the presence of long-dead loved ones who wait for us on the other side. When Moody wrote about this from his scientific understanding, these imageries were not common with the experience of dying. However, now through further research and testimonials, many believe he was on the right track. While some scientists dismiss the notion of reincarnation as a fantasy, there are other credible experts who believe that it is a genuine phenomenon.

What experts think of reincarnation

Dr. Eben Alexander, a highly trained neurosurgeon, has operated on thousands of brains in the course of his career. He believed that what people of faith call the “soul” was actually a product of brain chemistry. In fact, prior to his own near-death experience (NDE), he often explained that while NDEs were simply fantasies produced by brains under extreme stress.

Then came the day when Eben’s own brain was attacked by an extremely rare illness. The part of the brain that controls thought and emotion shut down completely. For seven days, Eben lay in a hospital bed in a deep coma. And just when his doctors contemplated the possibility of stopping treatment, his eyes popped open. He had come back to life and it was a medical miracle.

In his book, “Proof of Heaven”, Eben recants the real miracle of his story. Apparently, while he lay in a coma, he journeyed beyond this world and encountered others who guided him into the deepest realms of super-physical existence.

No one lives forever… or do they?

There is one commonalty that all humans share: dying. This one commonality should bring us closer as a human race, but it doesn’t. Instead, some are frightened of death and feel utterly alone at just the mention of dying. Reincarnation is generally a religious concept. It implies that upon death, the soul, mind or conscious is transferred to a new born. While it may sound like a myth, some scientists do believe it’s possible. And through my varied experiences, I believe it’s possible as well.

What do you think — is reincarnation just a myth or a real possibility? Let us know in the comments.