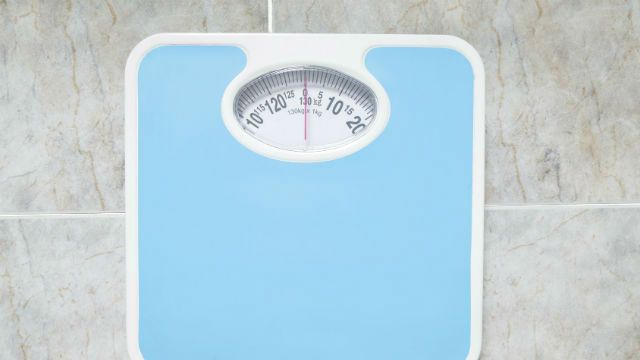 Most everyone nowadays knows the dangers of obesity – statistics about excess weight and links to heart disease, type 2 diabetes and other conditions abound.

However, what receives less media attention is that being underweight can be just as detrimental to your health. A growing body of research shows that being too thin can increase the risk of disease and death as much as obesity can.

A 2014 study, led by Dr. Joel Ray of St. Michael’s Hospital in Toronto, Ontario, analyzed 51 studies regarding the association between body mass index (BMI) and death. After collecting the data, researchers then adjusted for factors including alcohol use, cigarette smoking and lung disease, which can lead to unhealthy weight loss.

Results of the analysis showed that adults who were considered underweight, with a body mass index of less than 18.5, had a risk of death from any cause 1.8 times higher than those with a BMI that was considered normal (between 18.5 and 24.9). This was higher than the risk for severely obese individuals, with a BMI of 35 or higher, who were 1.3 times more likely to die than individuals with a normal BMI.

A 2011 study,  led by Dr. Wei Zheng of the Vanderbilt-Ingram Cancer Center in Nashville, Tennessee, examined the health and mortality data of over 1.1 million people from East and South Asia. Results showed that individuals with a normal BMI were significantly less likely to die, or to be diagnosed with heart disease or cancer, than individuals with BMI’s that were considered too low or too high.

Yet another study, performed in 2009 and coauthored by Dr. David Feeny of the Kaiser Permanente Center for Health Research and Dr. Mark Kaplan of Portland State University, examined data which pertained to BMI and death of 11,326 individuals over a span of 12 years. Results showed that underweight people had the highest risk of dying, followed by extremely obese people.

All of this adds up to the point that maintaining a healthy weight, without starving yourself and missing out on needed nutrients, is essential to a healthy life. Some people, in an effort to lose excess weight, go overboard and end up depriving their bodies of what they need to run properly. It is important to understand that obesity is most often caused by eating the wrong foods: an overload of sugar, refined flour and processed meals and snacks will do it.

Instead of focusing on eating less or restricting calories, we need to focus on eating the right foods. A rainbow of fruits and vegetables, healthy proteins and healthy fats, coupled with regular exercise and an overall healthy lifestyle, can keep you at a healthy BMI, looking and feeling your best.

The bottom line: our bodies know what they are doing, and yours can keep you at the weight that you need to be healthy if you give it the right fuel.

Our nation’s obsession with being thin is driving some to extreme weight-loss measures, and it has been shown that too little weight can be deadly. Instead, we should be focusing on overall health, and eliminating the junk from our lives that poses as food, so that we can live as long and as well as possible.