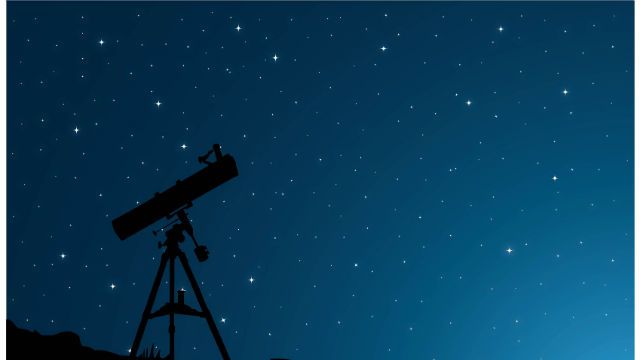 With so many outdoor lights surrounding the city, our neighborhoods, and pretty much everywhere in general, it’s hard to see the stars – and if you do, it’s usually not many. The light pollution drowns them out.

In 2006, the National Park Service adopted a policy to “preserve, to the greatest extent possible, the natural lightscapes of parks, which are natural resources and values that exist in the absence of human-caused light.”

This country has dark, star-filled skies to offer, you just have to look and see where they might be. You may have to travel a bit, but when you get there, the view will be worth it.

Here are nine places to check out that starry view.

This national park is one of the few places on the east coast where you can stargaze, with all the city lights drowning out the stars in many areas. This park is surrounded by the ocean and provides spectacular views of the Milky Way. Each year, the park holds the Acadia Night Sky Festival. This festival educates people about the stars, and shares with them the ways they can protect the night sky.

The local community provides music, art, and poetry – and of course there is plenty of stargazing.

The best time to see the Northern Lights, aka the Aurora Borealis, is in winter. This breathtaking display of beauty, with its blues, greens, reds, and purples, are worth the trip to Denali. The reason for this wonder is “a giant burst of solar wind and magnetic fields that interact with elements in the earth’s atmosphere.” Check the Aurora Forecast before heading to Denali, because the Northern Lights can be hard to predict.

Death Valley National Park was given the International Dark Sky Association certificate. Death Valley has 3.4 million acres to view meteor showers, falling stars, and lunar eclipses, and also to simply stare at the wonderment of the vast amount of stars in the sky.

In 2007, this park was named “Dark Sky Park,” because it has zero light pollution. There are programs that are offered to educate about the stars that include a laser tour of the sky and a 16-inch telescope to view the stars a bit closer. When you’re gazing up at the stars at the Natural Bridges, you are able see up to 15,000 stars.

This site is a perfect place to sit and gaze at the stars.The people of Chaco have a “natural darkness zone,” which means there is no permanent outdoor lighting. It has received the International Dark Sky Gold Certification for it’s commitment to keeping the darkness and educating the public. It is the only national park in the US with it’s own observatory, where you can look deeper into space and view distant galaxies.

Big Bend National Park is located in the southwest part of Texas, along the Mexican border. The area has little humidity and very few clouds, which makes for great stargazing. On a clear night, you can see 2 million light years away, and behold about 2,000 stars. Winter is the best time to visit this park, because the air is cleaner and the nights are longer.

Bryce Canyon has volunteer astronomers and park rangers who are called the “Dark Rangers.” They dedicate themselves to educating the public and “preserving the sanctuary of natural darkness.” The best time to visit this park is during the new moon or the week before. You will be able to get a spectacular view of the Milky Way and see 7,500 stars with the naked eye.

The Kitt Peak National Observatory has the world’s largest collection of optical telescopes. It is located in the center of the Sonoran Desert and sits on a mountain top 6,875 feet above sea level, which makes this observatory the perfect place to see the stars. You can book a night at the observatory and spend it with an astronomer learning about the constellations and the galaxies.

If you’re looking for something new to do – something different – try stargazing. The best time to check out these national parks is in the winter, when the humidity is low and the sky is clear. For stargazing, remember: the higher the elevation, the better.

Take advantage of the tours and classes the different parks offer. Try out their telescopes and use all the resources to learn more about the stars and light pollution and what can be done about it. You’ll not only be having fun, you’ll be learning a lot in the process.