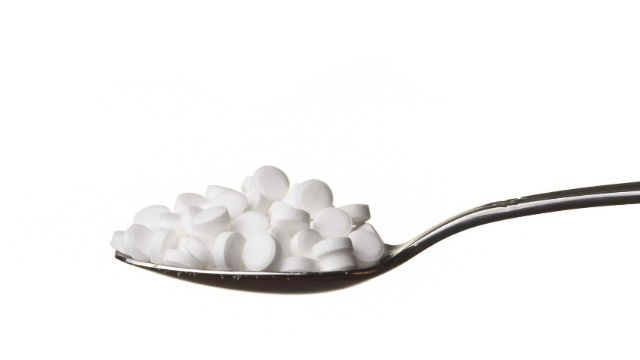 Additionally, those processed artificial sweeteners come with a long list of potentially dangerous side effects, for example, just a few that are associated with aspartame include headaches, blurred vision, memory loss, personality changes, seizures, insomnia, skin rashes, muscle and joint pain and blindness. It’s also been linked to cancer in several rat studies.

There is also clear data that shows too much sugar can also be harmful – and, Americans have been estimated to consume an average of 22 teaspoons of added sugar each day. Teenagers reportedly consume a whopping 34 teaspoons daily.

All of this sugar is significantly contributing to the rising rates of diabetes and obesity in addition to numerous other problems, like suppressing the immune system, causing tooth decay, increasing the risk of heart disease and certain cancers, causing depression and food allergies and disrupting digestion.

Our cells need glucose to survive, but suffice it to say, nobody has the problem of not getting enough sugar in their diet. The American Heart Association and most health experts recommend no more than 6 teaspoons per day for women and a maximum of 9 teaspoons for men. That might sound like quite a bit, but considering that just one sugar-sweetened beverage alone contains 10 teaspoons (or more), it’s easy to see how quickly it can add up.

Another issue to consider is environmental impact. Both sugar and artificial sweeteners can damage our environment. For example, the popular yet harmful artificial sweetener aspartame, used in diet sodas and Equal, is made by fermenting corn and soy, which are the two biggest genetically engineered crops in the United States.

Environmentalist have concerns that such tinkering with nature could have unexpected and potentially disastrous consequences down the road. A 2013 study found that sucralose, more commonly known as Splenda, also causes problems.

University of North Carolina researchers found that the majority of Splenda used around the world ends up in the Gulf Stream. As it can’t be broken down by most water treatment systems, it ultimately ends up in our oceans, where the long-term effects remain unknown.

The production of sugar has also taken a significant toll on the environment. The World Wildlife Fund reports that it has as great an impact on the environment as any other agricultural commodity, and cites biodiversity loss as a result of the “wholesale conversion of habitat on tropical islands and on coastal areas” to grow sugar. They say the cultivation of sugar has also resulted in considerable soil erosion and degradation and the use of large amounts of chemicals particularly in the tropics and beyond.

Unfortunately, there are no winners when comparing low calorie sweeteners and sugar.

Your best bet is to say no to processed foods and drinks entirely, and to sweeten using natural alternatives like stevia or raw honey, in moderation.