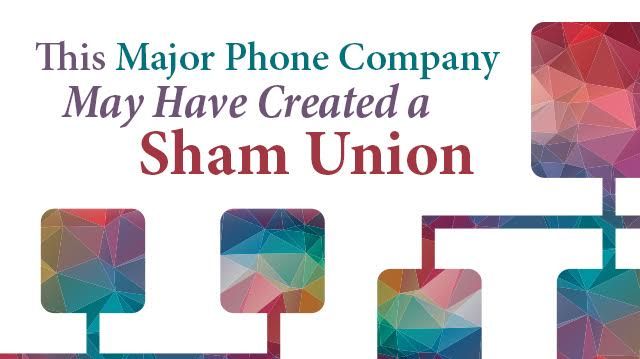 A major US mobile phone provider’s anti-union tactics have inadvertently proven why workers need to organize, according to a union advocate. The Communications Workers of America (CWA) has accused telecommunications firm T-Mobile of seeking to stop its workers from unionizing by creating its own in-house, management run union.

Dubbed “T-Voice,” the initiative allegedly involved allowing workers to raise issues through workplace representatives. However, there was supposedly a catch: workers’ representatives would be selected by management, not the workers themselves.

The CWA has slammed T-Voice as tantamount to an illegal union tactic banned in the 1930s, and launched the online campaign #JusticeAtTMobile to pressure the company to clean up its labor record.

T-Mobile is the third largest wireless carrier in the US, with more than 65 million customers, and annual revenue of $32 billion in 2015. CWA spokesperson Kendra Marr Chaikind said T-Voice proved what organizers have been saying all along: T-Mobile workers need a union. “T-Voice’s very existence is an acknowledgment that T-Mobile recognizes that dealing collectively with employee concerns can make good business sense,” Chaikind argued. She continued, “if T-Mobile is willing to engage with its own sham company union, it is time for T-Mobile to engage with a democratic and independent labor organization.”

While Chaikind said an “investigation” into the latest allegations is still “ongoing”, T-Mobile has long faced accusations of seeking to steer workers away from organizing. Documents include allegations employees have been threatened with dismissal if they express support for a union.

According to a Bloomberg report, behind closed doors the company has also been accused of “citing the existence of T-Voice as a reason workers don’t need a union”.

Management run unions were outlawed in the US in 1935, though T-Mobile’s German parent company Deutsche Telekom has argued its US subsidiary isn’t breaking the law. A Deutsche Telekom spokesperson said “supposed violations of US labor law,” have been “closely scrutinized”, according to news website InsideSources. “There are no indications to suggest that [T-Mobile US] managers would prohibit union activities,” the spokesperson was quoted as stating.

However, T-Mobile already has a history of violating US labor laws.

Commenting on one section of T-Mobile’s employee regulations, Dibble said the company’s wording of its own internal rules was “so broadly written that it would chill employees in the
exercise of their section 7 rights”.

At the time, the company responded by claiming its labor violations were “simply … a technical issue”. They further claimed the offending policies were “common to companies across the country”.

Data from the Institute for Women’s Policy Research (WPR) suggests the company may actually have a point. One of T-Mobile’s violations was its ban on employees discussing wages. A 2014 WPR study found as many as half of adult workers are either actively discouraged or outright banned from openly talking about wages and conditions.

Yet this isn’t the only relatively common business practice on shaky legal ground. If a boss has ever told you to maintain a positive mood at work, that may have also been illegal. In an NLRB ruling in April, T-Mobile was again found in breach of labor law by instructing its workers to “maintain a positive work environment by communicating in a manner that is conducive to effective working relationships”. The CWA argued that by banning employees from being downbeat, the company was stifling debate on workplace concerns.

Union advocates have long argued these kinds of controversial practices have flourished as the workforce becomes increasingly de-unionized. Around 14.5 million US workers were part of a union in 2013, compared to just under 18 million in 1983. In the private sector, union membership has plummeted to 7 percent – the lowest level since the Great Depression.

Somewhat surprisingly, even as membership sinks, most US workers still want unions. A 2013 Pew Research survey found over half the US public had favorable views of unions. In a separate 2012 study, Pew found 64% of the public believe unions are essential to protect rights at work.

Looking specifically at Deutsche Telekom’s US-based workers (including T-Mobile employees), a 2013 survey by UNI Global Union found over 90% of the company’s employees would happily join a union if they faced no opposition from management. Yet after years of campaigning, CWA has managed to unionize less than 50 of the company’s 45,000 employees.

The discrepancy between union support and membership begs the question: are workers to blame for declining unionization, or bosses? Tell us why in the comments section below.