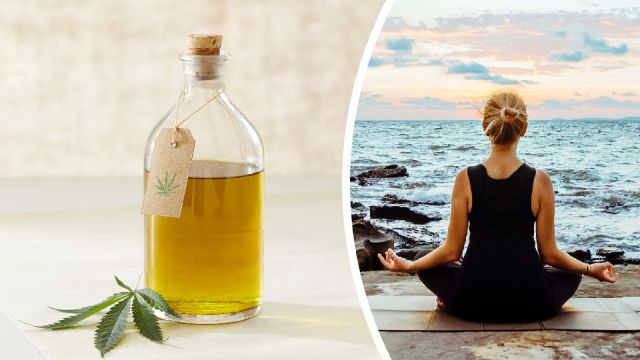 Anxiety has been likened to quicksand — it is a mindset that is difficult to escape. Rates of the condition appear to be on the increase and people diagnosed with generalized anxiety disorder are at greater risk for a number of health problems including gastrointestinal disorders, heart disease and migraine headaches.

Traditional treatments for chronic anxiety include tranquilizers, antidepressants and beta-blockers, but each of these medications entails severe side-effects. As a result, psychologists, psychiatrists and medical practitioners (not to mention patients) are on the lookout for safer and more effective treatment options.

Of late, both marijuana and meditation have generated interest as alternative approaches to counteracting anxiety. How effective are they in alleviating mental distress? Here’s what you need to know.

New research on marijuana and anxiety

These are rather heady days for cannabis. In case you’ve been tuning the news out, the World Health Organization has convened a special session to review marijuana’s medical status, Dr. Sanjay Gupta wrote an open letter explaining the evidence-based benefits of using pot to ease the opioid epidemic, and former Speaker of the House, John Boehner, just joined the board of a cannabis startup.

When a lifelong Republican (who used to be used to be an anti-pot crusader) joins a marijuana firm’s advisory board, then you know it’s only a matter of time before weed-based businesses start sprouting up nationwide.

Cannabis is also generating a lot of positive news buzz in other areas too. Recently, a number of studies have concluded that the herb can significantly alleviate anxiety, stress and depression.

Findings like these are giving many people high hopes that compounds found in marijuana (most notably CBD) may help individuals suffering from mood disorders and psychiatric conditions like PTSD.

How convincing is the evidence?

How does cannabis stack up against anxiety treatments that we know are safe and effective (like yoga and meditation)? Let’s take a look at some of the most compelling evidence:

In the past, studies investigating marijuana’s effect had been mixed, but scientists believe the primary reason for this is that previous research did not distinguish between CBD (known for its calming effect) and THC (a compound that can induce temporary feelings of paranoia).

For a look at how CBD oil is easing anxiety in some patients you can check out cool video:

Why meditation is the best choice for treating anxiety

On the other hand, studies suggest that meditation offers unequivocally positive benefits when it comes to alleviating anxiety, but without any known downside.

Confirmation of that meditation can mitigate anxiety can be found on multiple fronts. For example, recently researchers investigating meditation techniques presented impressive study results at an annual Experimental Biology conference.

In fact, the evidence supporting meditation as a first-line treatment for anxiety and depression is especially persuasive because it has been confirmed in a number of ways.

Numerous other studies confirm that meditative practices reduce biomarkers correlated with coronary artery disease. Taken together, the evidence is overwhelming that meditation (and related mindfulness activities like yoga and tai chi) counteracts anxiety and stress.

To learn more about how you can use meditation to reduce anxiety you can check out this fantastic video with psychologist Daniel Goleman:

The evidence that cannabis can reduce stress and anxiety is also persuasive and encouraging, but it is not as unequivocally positive as the data supporting meditation. Thus far, the research appears to suggest that low doses of strains that are high in CBD (but low in THC) appear to be the most efficacious when it comes to reducing anxiety.

Additional tips for coping with anxiety

Rates of anxiety have been rising in our society, particularly among adolescents and young people. According to some of the latest statistics, more than one teen in twenty suffers from some form of severe anxiety or depression. Experts suggest a number of things that can help individuals cope with anxiety including: