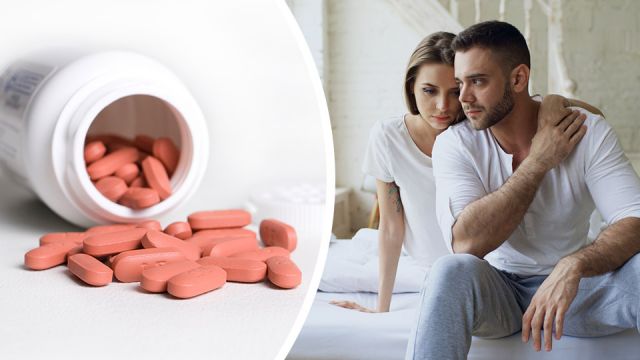 Male infertility affects approximately seven percent of men in the U.S. Now a study reveals that ibuprofen may be in part to blame.

Ibuprofen is a type of anti-inflammatory drug that is available over the counter and commonly taken to relieve pain. Also known as an NSAID (nonsteroidal anti-inflammatory drug), ibuprofen certainly delivers pain relief for a variety of conditions. But the dangers of taking ibuprofen may far outweigh the benefits. Especially when it comes to raising your risk of heart failure, renal failure and, now, infertility for men.

Most people keep a bottle of ibuprofen in their medicine cabinet for arthritis pain, muscle aches, dental pain, headaches, fevers and even for relief from the common cold. But the next time you need pain relief, be aware of the potential dangers linked to NSAIDs. It seems that taking common over-the-counter ibuprofen may contribute to male infertility, suggests new research.

A recent study published in Proceedings of the National Academy of Sciences found that regularly using ibuprofen may lead a state of compensated hypogonadism, a disorder associated with infertility, erectile dysfunction, depression and loss of bone and muscle mass in men. The condition is most commonly seen in smokers and the elderly. But according to the research, it can affect young men, too.

Researchers studied 31 healthy men between the ages of 18 and 35. Fourteen of those men took two doses (600 milligrams) of ibuprofen each day for six weeks. Ibuprofen is the generic name for drugs such as Advil and Motrin. Tylenol, on the other hand, is a brand name for acetaminophen. The amount was similar to what many athletes take to manage aches and pains. Meanwhile, the remaining 17 participants took placebo pills.

Researchers took blood tests and hormonal analysis from both groups of men throughout the study. After 14 days, and then again after 44 days, researchers found that the men had developed a hormonal condition linked to reduced fertility. This condition typically starts during middle age.

Ibuprofen use affects the testicles

Next, using samples taken from organ donors, researchers studied how ibuprofen directly effects testicles. When exposed to levels of ibuprofen similar to amounts normally taken orally, the testicle produced less testosterone after only 24 hours. The higher and longer the exposure resulted in an even more dramatic impact.

An earlier study also found that taking ibuprofen during pregnancy also affects the testicles. Ibuprofen is one of the most frequently used pharmaceuticals by pregnant women. Researchers found that boys born to mothers who took ibuprofen during their first trimester of pregnancy may have impaired testicular development. This shows that, in some cases, ibuprofen may negatively affect male fertility.

Infertility on the rise in developing countries

Another separate study estimated that over 45 million couples (15 percent of all couples worldwide) were infertile in 2010. And in another unrelated study, researchers found that men were solely responsible for up to 30 percent and contribute up to 50 percent of all cases. Meanwhile, research published in the journal Human Reproduction Update found that in North America, Europe, Australia and New Zealand male sperm counts are plunging. In fact, researchers recorded a 52 percent decline in sperm concentration and a 59 percent decline in total sperm count over a 40-year period that ended in 2011.

Other health risks associated with Ibuprofen

Every single day more than 30 million Americans take NSAIDs for common pain and inflammation, according to WebMD. Ibuprofen, sold under the names of Motrin and Advil, are the most common pain relievers in the world. But there are other common side effects and dangers often associated with NSAIDs, including:

Meanwhile, the FDA also strengthened an existing warning in prescription drug labels and over-the-counter drug facts labels to indicate that NSAIDs can increase the chance of a heart attack or stroke, either of which can lead to death.

There’s no denying that NSAIDs can effectively reduce inflammation, pain and fevers. But are they worth jeopardizing your overall health? If you’re taking Ibuprofen or other NSAIDs for overall pain relief, talk to your doctor about the risks. Perhaps it’s time to take a more natural and holistic approach.