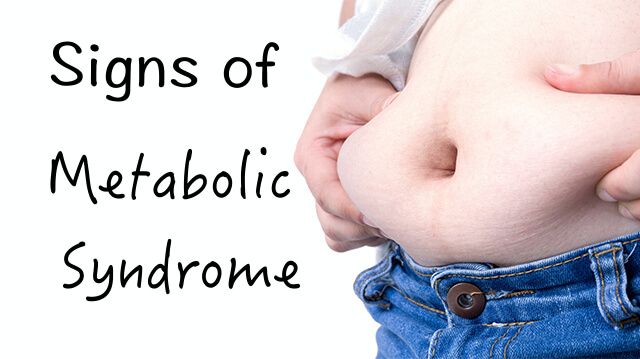 A new study has revealed shocking figures about metabolic syndrome in the United States. Previous data from the 1999–2006 National Health and Nutrition Examination Survey (NHANES) indicated that approximately 34 percent of American adults have metabolic syndrome.

The latest study, published in May 2015 in the Journal of the American Medical Association examined more recent statistics and revealed that the incidence of metabolic syndrome is rising as the population ages. Almost half (46.7 percent) of U.S. adults aged 60 or older now are showing the symptoms of this dangerous illness, while individuals aged 20–39 are affected at a rate of 18.3 percent.

In general, the 2015 study found that women have metabolic syndrome in greater numbers than men, and those of Hispanic descent have the highest prevalence in comparison to Caucasian or African-Americans.

The rate of the increase seems to have stabilized, which the researchers explained may be due to an increased awareness of the associated health risks. However, they pointed out that most of the initiatives taken have been tied to the medical treatment of symptoms, such as prescriptions to lower blood pressure.

What is metabolic syndrome?

A syndrome is a grouping of symptoms that often occur together, and tend to characterize a particular medical condition.

In this case, the term “metabolic syndrome” represents a set of worrisome signs, which indicate that the body’s essential balance has been damaged and health is at risk. While metabolic syndrome is not a disease in itself, those showing this set of symptoms tend to have a significantly higher risk of many common diseases, such as heart disease, diabetes and stroke. Doctors have predicted that metabolic syndrome will soon overtake smoking as the leading risk factor for heart disease, due to the sharp rise in obesity levels during the last few decades.

When the common symptoms under the umbrella of metabolic syndrome occur as a set and are considered together, the risk for many life threatening illnesses is dramatically higher. You can think of it like a sweater with threads unravelling from the bottom, neck and sleeves all at once. The symptoms commonly occur together because the body’s systems are interdependent.

Studies show that those with metabolic syndrome have twice the risk of developing heart disease and five times the risk of diabetes. The good thing is that these conditions are largely preventable and can be controlled with smart diet and lifestyle practices.

Doctors will diagnose metabolic syndrome if a patient has three of the following five conditions:

These signs may seem confusing or unrelated, but it is important to know that they may be tied to metabolic syndrome.

How to avoid metabolic syndrome

The good news is that metabolic syndrome can almost always be brought into check with aggressive lifestyle changes. If you are having a hard time adopting consistent healthy eating and movement practices, let this scary warning about metabolic syndrome be your wake-up call.

Many patients have had excellent results by simply adopting a “just eat real food” approach. This means avoiding foods that come in packages or contain any type of additives or processed ingredients.

Beyond increasing the consumption of fresh fruits and vegetables and eliminating processed foods, health experts recommend some other interesting approaches, which can help with regulating inflammation and blood sugar to reduce the tendency toward metabolic syndrome.

A ketogenic diet is one approach that has shown positive results. Eating a ketogenic diet involves reducing the level of carbohydrates consumed so that the body uses fat as fuel instead of glucose. This is a healthy and normal function of the human body and is considered by many experts to be our natural mode of operation, since carbohydrates were often less available to our ancestors.

Using the fat-burning pathway has been shown to regulate insulin levels and improve insulin sensitivity, which helps ward off that dangerous cascade of metabolic syndrome. You can kick-start this engine by restricting carbohydrates to 30 or 40 grams per day, while consuming most of your daily calories in the form of healthy fats and moderate protein intake.

Fasting intermittently also helps to drive this process, since the body is more apt to access fuel in the form of body fat when it is not being fed frequently. Be sure to take your individual situation into account and consider working with a knowledgeable practitioner if you decide to try a ketogenic diet. 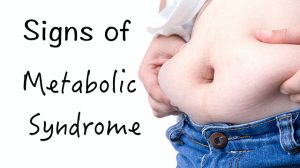 Incorporating probiotics and fermented foods to infuse the gut with friendly bacteria has also been proven as a helpful tool against metabolic syndrome. A 2014 study done at Georgia State University and Cornell University found that poor gut bacteria can lead to higher levels of inflammation in the gut lining and increased prevalence of chronic health conditions.

Certain species of bacteria are more aggressive and actually produce substances that increase inflammation. The researchers pointed out that inflammation is one of the major underlying drivers of metabolic syndrome. Using beneficial bacteria helps to bring the gut environment back into balance so that the body can maintain healthy low levels of inflammation.

Although the best way to consume probiotics is through fermented or cultured foods such as kefir, kombucha, sauerkraut or kimchi, you can also take a high quality probiotic supplement. We recommend avoiding commercial “probiotic” foods such as yogurt, since they are usually high in sugar and have far fewer beneficial bacteria than other less processed sources.

Finally, regular movement and exercise is also a great way to reduce blood triglyceride levels and keep inflammation in check. A sedentary lifestyle is closely linked to higher levels of metabolic syndrome. It doesn’t take much, just a half-hour walk each day is a great start.

If you have found that you’re showing some warning signs of metabolic syndrome (or even if you’re not), get started on the road away from metabolic syndrome today! It is never too late to prevent or reverse the decline into poor health. You can try incorporating some healthy lunch ideas, or delicious alternatives to calorie-laden drinks like soda.