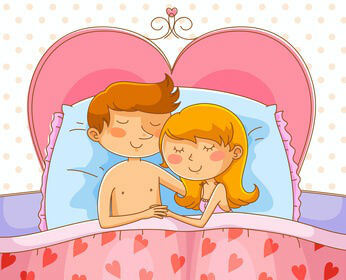 Americans spend billions of dollars per year on anti-aging treatments and products, all in hopes of reversing the clock and maintaining a youthful appearance. However, according to new research, there is a fun, all-natural way to look younger: have more sex.

The results of a study by British consultant and clinical psychologist, Dr. David Weeks, show that older men and women who have an active sex life look five to seven years younger than their actual age.

Dr. Weeks, who is a former head of old age psychology at the Royal Edinburgh Hospital, spent a decade investigating the sex lives of thousands of men and women of all ages. From his investigation, he concludes that, “sexual satisfaction is a major contributor to quality of life.”

One benefit of sex that Dr. Weeks found was the release of endorphins, the chemicals in your body that make you feel good and help relieve pain. When endorphins are released, they ease anxiety, and also contribute to restful sleep. Previous studies have shown that people who have more sex enjoy better sleep.

Another benefit of both more sex and more sleep is healthier skin. Dr. Amy Wechsler, a dermatologist who considers a holistic approach to her practice, says, “when you have sex, you’re bathing the skin in anti-inflammatory molecules such as oxytocin and beta endorphins. As we get older, we don’t heal as often as we repair. But having sex can turn the clock back on that.” 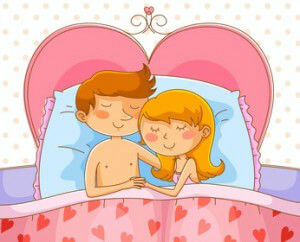 She adds, “breakouts occur more when people are stressed or sleep deprived… I think when you boost those anti-inflammatory molecules by having sex, it certainly helps treat acne.” Dr. Weeks adds that sex increases blood circulation, which boosts your heart health, as well as giving your skin a healthy glow.

Additionally, he says, making love releases human growth hormone, which protects your skin against wrinkling, and helps it retain its elasticity. Sex also benefits your immune system, and can burn fat, depending on the duration and effort involved.

All of these benefits combined explain Dr. Weeks’ study results, and explain the youthful appearance of his test subjects. But how much sex does one need to have to see such benefits?

Dr. Wechsler recommends two or three times a week for a youthful appearance. The philosophy is, the more the better, however, many people have busy lives and simply do not have the time to have sex on a daily basis.

Dr. Weeks summarizes: “my message is that lovemaking is good.” A simple, clear message, with many enjoyable rewards for couples.