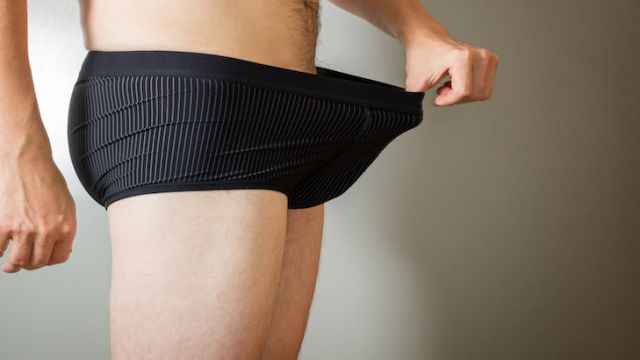 The male sexual enhancement industry is vast and incredibly lucrative. Over 322 million men around the world suffer from impaired penis performance. You can find everything from creams, to pills, and even injections that are marketed to men who want to perform longer and better for their partners. The truth is, a lot of these products are nothing short of snake oils, and some can even be downright dangerous. But there is good news!

Move over Viagra. Did you know that there are many totally natural, ways to improve penis performance? Yep, that’s right, no pills, needles or special procedures necessary. Men, you can heat up your sex life by doing these 9 simple, healthy things.

Get Some Vitamin D

If you are deficient in vitamin D, your penis may be taking a hard hit. According to researchers who tested 143 men with different levels of erectile dysfunction, almost half had insufficient levels of vitamin D. Men who had more severe cases of erectile dysfunction were found to have vitamin D levels 24% lower than those who had more mild issues. What all this means is that men who wish to perform their best need to be sure they are getting enough vitamin D. Of course, time in the sun is a great way to ensure your body is making enough vitamin D but that is often not enough. Consider a high-quality supplement in addition to plenty of time outdoors.

Guys, the Sandman is your friend. A lack of sleep impacts all bodily functions including erection. A sleepy penis is just that… sleepy. A lack of sleep leads to increased cortisol levels which squash libido. Be sure that you are getting at least 7-8 hours per night of great sleep and your penis will thank you.

There are many great reasons to walk daily, one of which is to improve penis performance. A simple 30-minute brisk stroll daily has been linked to a 41% drop in erectile dysfunction according to a Harvard study.

If you love watermelon, you are in luck. This summertime favorite contains the amino acid known as citrulline, which relaxes and dilates blood vessels allowing for a more powerful erection. Try addin two to three cups of watermelon to your diet weekly for best results.

The Journal of Sexual Medicine published a study in 2013 that found a link between gum disease and an increased risk of erectile dysfunction. Chronic inflammation results from gum disease which also damages the cells that line blood vessels, including those in the penis.

Waist size does matter guys. The larger the waist, the greater chance you are of having vascular disease and diabetes, two things that cause erectile dysfunction. Having too much fat hanging around also impacts hormones which can contribute to penis problems. Men with smaller waists are less likely to suffer from erectile issues. In fact, a man with a 42-inch waist is 50% more likely to experience erection issues than one with a 32-inch waist.

Yes, it is true, a cup of coffee can kickstart your metabolism and also help you last longer in bed. According to researchers from the University of Texas Health Science Center in Houston, men who drank at least two to three cups of coffee had fewer issues with erections than those who did not drink coffee. Caffeine has similar properties to drugs such as Viagra that help the arteries in the penis relax and allow blood flow to increase.

Groundbreaking research from the University of East Anglia discovered that eating blackcurrants can keep penis problems at bay. This small fruit contains a high level of anthocyanins, a type of flavonoid associated with better penis performance. The study found that men who ate foods rich in flavonoids, such as blackcurrants were less likely to have performance issues. Men, time to get your berries on!

Cut Yourself a Break

Most of all guys, learn to love your body and all of its parts. Just like some women have issues with breast or booty size, many men have a complex with their penis size and sexual performance. Give yourself a break and relax, stop comparing yourself to other men and men on television advertisements. Just letting off yourself a little bit might be the stress relief you need to perform your best.
-The Alternative Daily