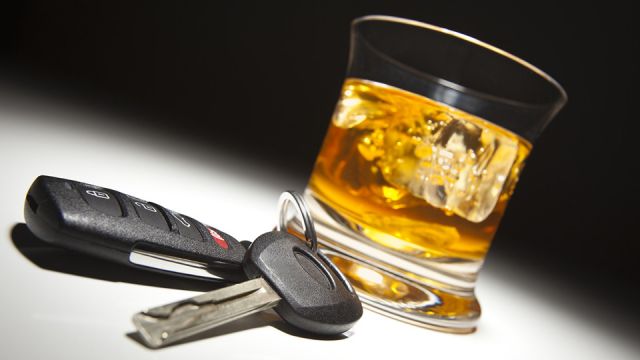 The state of Utah just passed a law lowering the legal limit for blood alcohol from .08 to .05. The new standards, which are intended to curb drunk driving accidents, are expected to go into effect in the Beehive State on December 18, 2018.

Officials want to lower the threshold for drunk driving

More states are expected to follow suit after the National Academies of Sciences, Engineering and Medicine issued new recommendations for lowering the legal threshold for drunk driving. According to the report, more than 10,000 people are killed each year in alcohol-related road accidents.

The scientific committee that issued the guidelines cites data from European countries and the National Transportation Safety Board, which have found that traffic fatalities could be decreased significantly by reducing the allowable blood alcohol limit to .05.

Will this move save lives? How much alcohol does it really take to impair your driving ability? And how many drinks will you be able to consume without risking a DUI violation? Let’s look at some of the things you should be aware of.

How drinking affects your driving

Currently, having a blood alcohol level at .08 or higher will get you busted for DUI in every state. For those who drive commercial vehicles (like trucks) that limit (.04) is even lower.

There’s very little question that alcohol consumption impairs the skills necessary to drive a car. According to the Centers for Disease Control 10,265 people were killed in alcohol-related auto crashes in 2015. That figure represents 29 percent of all traffic-related deaths.

To what degree does alcohol disrupt you ability to operate a motor vehicle? The CDC explains how blood alcohol concentrations (BAC) can impact your driving:

How much can you drink before you hit the limit?

A person’s precise blood alcohol levels will depend on a variety of factors including weight, sex and age. Some people metabolize alcohol more efficiently, but as a general rule alcohol hits women harder (even when weight is accounted for).

So how much can you drink before you hit the .05 threshold? It’s not possible to say precisely, but a rough approximation is that the average 160-pound male will reach that limit if they consume two standard drinks within one hour. The average 120-pound female will meet that threshold if they have just one drink within an hour.

Things can get a bit tricky because most people drink over extended periods of time. However, there are a number of online BAC calculators, which can give you a rough approximation of how many drinks you can consume in a given time-frame before you exceed the legal limit.

I tried one out myself, and the results were a little surprising. I’m nearly 200 pounds, but three drinks within an hour would put me over the new .05 standard recommended by the National Academy of Sciences, Engineering and Medicine.

The studies on drinking and driving — which have been conducted since the 1960s — are virtually unanimous. The higher your BAC, the greater your risk for a roadside accident. Traffic officials insist there is no safe BAC level, but the evidence indicates that the hazards really start to climb after a person reaches .05. As NTSB vice chairwoman Bella Dinh-Zarr explains, “That’s where we see a significant increase in crash risk.”

The National Transportation Safety Board is certainly pushing for the new standards as the following tweet illustrates:

Safety is a journey, not a destination, reducing BAC limit to .05 is one of many steps to end substance impairment in transportation @wbnstv

However, not everyone agrees. Mothers Against Drunk Driving has not taken a stand on the issue and they appear to be focusing more on “ignition interlock devices” instead. Essentially, these are breathalyzers in cars that prevent them from starting if you’ve had too much to drink.

As you might expect, bar and restaurant owners aren’t thrilled with the proposal. As one bar owner complained, “do they want us to lock the doors?” And to paraphrase the founder of a brew and burger place, there’s a limit to (how) far the government should go — and lowering the blood alcohol limit further is too far.

What do you think? Will the lowering the BAC to .05 save lives? Is it worth it? Let me know your thoughts in the comments section below.