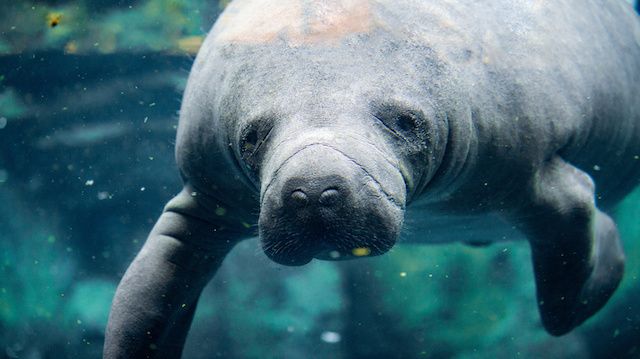 Endangered species and other lists

The United States Fish and Wildlife Service proposed reclassifying the Florida manatee from “endangered” to the less severe “threatened.” Manatees have been on the federal Endangered Species List since its inception in 1967, but “endangered” means the animal faces possible extinction, and USFWS biologists believe that is no longer the case. Manatees are also protected under the 1972 Marine Mammal Protection Act. The Florida Manatee Sanctuary Act of 1978 says: “It is unlawful for any person, at any time, intentionally or negligently, to annoy, molest, harass, or disturb any manatee.”

A person found guilty in state court of violating the law faces a fine of $500 and/or imprisonment for up to 60 days. However, a person convicted under federal law faces a fine of up to $50,000 and a year in prison. If someone is alleged to cause death or serious injury to a manatee, Florida authorities can prosecute under federal statutes. Boats are the greatest danger to manatees, and signs warning boaters about manatees are posted in areas the animals frequent. Florida has set aside many sites that do not permit boating, swimming and other water activities to protect manatees.

Manatees are actually aquatic relatives of the elephant, according to Defenders of Wildlife. Like their pachyderm cousins, manatees sport wrinkled, thick, gray-brown skin. In the case of the manatee, that skin is usually covered with algae. They have tiny eyes and, unlike elephants, no visible ears, but apparently they can see and hear reasonably well.

Manatees are also known as sea cows because of their slow-moving, placid natures and somewhat bovine appearance. In fact, the male manatee is called a bull and the female a cow. An adult manatee weighs about the same as a cow — between 800 and 1,200 pounds. Like cattle, they subsist on a diet of grasses and other vegetation. It’s believed that the legend of the mermaid originates from manatee sightings. The sailors must have seen the manatee from a considerable distance or been quite drunk at the time!

Just like the millions of tourists who visit Florida each year, manatees prefer warm waters. They are generally found in the warm waters of tidal estuaries, canals, coastal waters and bays. The annual survey takes place in February because that’s when Florida’s waters are relatively cold. It’s impossible to get an accurate count of manatees at any other time of year because they tend to travel singly, in pairs or in groups of six or less. When the water is a bit chilly, manatees group together for warmth, and that’s when surveying teams count them. 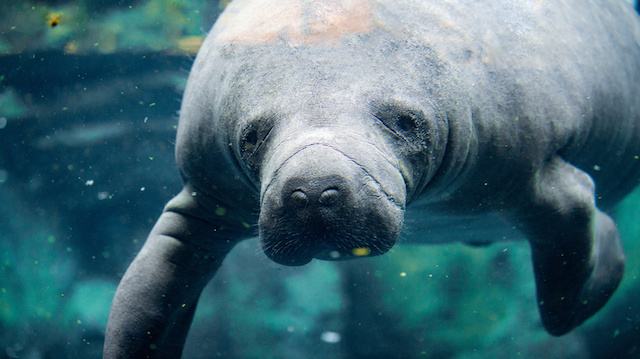 Florida manatees don’t necessarily stay in the Sunshine State year-round. In summer, many head north and have been reported as far away as Massachusetts. However, most of them don’t travel further afield than the Carolina coasts or the warm waters of the Gulf of Mexico. When water temperatures dip below 68 degrees Fahrenheit, manatees may experience cold stress.

Although manatees can tell the difference in their genders, it’s hard for humans to do so unless they somehow get a good look at the animal’s underside. Manatees aren’t seasonal breeders, so they may mate and give birth at any time. After a one-year gestation, a single calf is born to the cow underwater. The average calf weighs close to 70 pounds. The mother must get her offspring to the surface within a few minutes so he or she can breathe, but within an hour after birth, the calf is swimming quite well.

One reason the manatee became endangered is because of its limited reproduction ability. Cows bond tightly with their calves, and the pair travel together for two years or more. Most cows calve only once every two to five years.