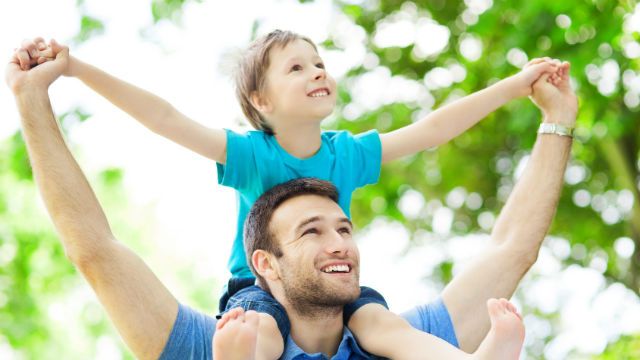 A ton of research has been done on how a mother’s health before and during pregnancy can affect her child. It is common knowledge, for example, that drinking alcohol, smoking, and eating aged cheeses can all be dangerous to fetal health.

Then there are also the lesser known dangers of low vitamin D levels, exposure to air pollution, excessive caffeine intake, and consumption of deli meats.

While this is well known, new to the scientific scene is how the health of a father, both before and at the time of conception, can also have a huge impact on the health of a child. Two recent studies examined the effect of sperm from obese fathers, and sperm from fathers who are nutritionally deficient, and the results were pretty astonishing.

The first study, from the University of Adelaide, found that sperm from obese fathers increases not only the obesity risk of one’s children, but also of one’s grandchildren. This research suggests that even if the children and grandchildren eat healthy, molecular signals in the obese man’s sperm still cause an increase in the likelihood of developing obesity and other diabetes-like symptoms in both generations of offspring.

While numerous studies have shown that obesity in pregnant women can affect the health and weight of their children, this is one of the first to suggest that the weight of the father might be just as critical.

The second study, out of McGill University, found that a folate deficiency in fathers could result in a thirty percent higher risk of birth defects, suggesting that a father’s nutrition levels could be just as important as a mother’s in terms of the health of their offspring. Again, plenty of research has shown how a mother’s diet can affect the health of her babies, but little research has demonstrated so clearly that the father’s nutritional status is also very important—perhaps equally so.

Other recent studies have shown that fetuses from obese fathers tend to be abnormally small and develop more slowly than fetuses from fathers with a healthy BMI, and that when fathers are smokers, even before conception, their children have a 30 percent higher risk of developing cancer in childhood.

All of these studies demonstrate a pressing need to focus more on research and education about paternal health before and leading up to pregnancy—not only on maternal health.

However, this news shouldn’t be taken as evidence that we lack the power to control our own health. The decisions we make every day about what we eat and drink, how much sleep we get, and how we use our bodies strongly influence both how we feel from day to day, and our risks of developing certain diseases in the future.

Now, we have an even bigger motivation to make these healthy lifestyle choices, as we know that they can also affect the health of our children, and our children’s children.