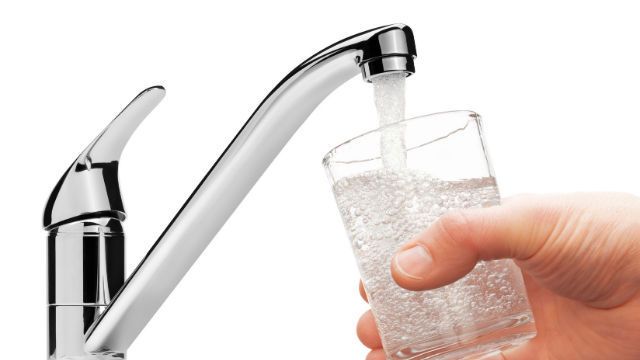 Adding fluoride to water has been a controversial practice since the US started it in the 1940s. However, despite much criticism and concern from individuals and communities throughout the country, the majority of scientists and health professionals have continued to maintain that the practice is safe.

A new UK study, however, a casts a whole lot of doubt on the safety of adding fluoride to drinking water.

The research also revealed that rates of underactive thyroid were almost twice as high in urbanized regions with fluoridated tap water, compared to regions without it.

In the case of hypothyroidism, the thyroid gland doesn’t produce enough hormones. This condition is most commonly seen in women, and may lead to other health problems such as weight gain, fatigue, depression, and fertility problems.

The possibility that fluoride can have this effect is not new to the scientific or medical community. In fact, fluoride used to be used to treat hyperthyroidism. The chemical is thought to slow down the thyroid by interfering with the body’s absorption of iodine, which is crucial for a healthy thyroid.

Even knowing this, fluoride was still added to water because scientists thought that much higher levels of the chemical were needed to interfere with thyroid function. However, the new study suggests fluoride may cause problems in amounts lower than previously thought.

Although the study does not prove causation, it is highly concerning considering the fact that fluoride is added to the tap water of almost 75 percent of Americans. On the other hand, fluoride is only added to the water of about 10 percent of England’s population, and the practice of fluoridating water is not used in any Western European country except the UK and Spain.

Although science generally agrees that the practice reduces the likelihood of cavities and supports dental health, studies like these suggest that it may simply be exchanging one health problem for another.

In the words of the study’s authors: “consideration needs to be given to reducing fluoride exposure.” They suggested that public health efforts should move away from fluoridated water and instead, “switch to topical fluoride-based and non-fluoride-based interventions.”

Public health professionals in the UK are still insisting that the practice is safe, but many others aren’t so sure. According to Dr. Terry Davies, professor of medicine at the Icahn School of Medicine in New York City, “this dramatic increase in thyroid dysfunction associated with fluoridation of the water supply adds to previous studies indicating that fluoride has an inhibitory effect on the thyroid gland.”

Furthermore, Davies asserts that the new research “supports the argument that our water supply should be pure water and nothing else.”

To find out if your county adds fluoride to the water, visit the CDC’s Oral Health Resources site. To join the fight against water fluoridation, contact the Fluoride Action Network.